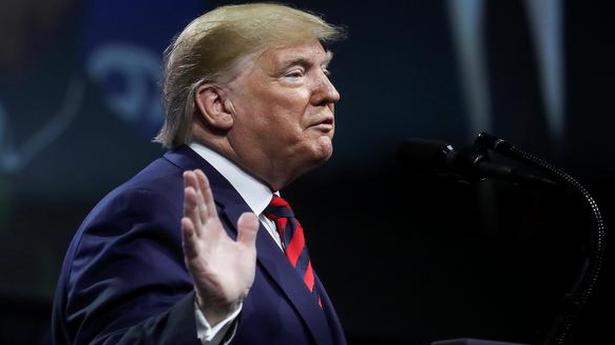 Washington’s sanctions against Tehran have drastically constrained its ability to pay for humanitarian imports and are threatening the health rights of Iranians, Human Rights Watch said on Tuesday.

U.S. President Donald Trump unilaterally withdrew from the 2015 Iran nuclear deal last year and reimposed punishing sanctions as part of a stated campaign of “maximum pressure” against the Islamic republic.

Officially, the punitive measures make exceptions for food, medicine and other humanitarian goods, but most companies are unwilling to do any trade with Iran for fear of repercussions in the world’s largest economy.

“The comprehensive web of U.S. sanctions has led banks and companies to pull back from humanitarian trade with Iran, leaving Iranians who have rare or complicated diseases unable to get the medicine and treatment they require,” she added.

The sanctions include previously suspended nuclear-related embargoes including on Iran’s oil exports and financial transactions, with new ones added.

In a 47-page report, HRW documents how the U.S.-built exemptions for humanitarian imports into its sanctions regime have failed to offset the strong reluctance of U.S. and European companies and banks to finance humanitarian goods.

Iranian patients have struggled with a foreign medicine shortage and price hikes for over a year both due to reimposed U.S. trade sanctions as well as a battered economy with a free-falling currency.

Medicine importers get subsidised currency rates from the government, yet foreign drugs and medical equipment cannot always be found in state-owned pharmacies.

Iran produces 96% of the drugs it uses but imports more than half the raw materials to make them, according to the Syndicate of Iranian Pharmaceutical Industries.

It also has to import special medicine which patients with rare diseases require.

HRW called on the U.S. to “get serious about addressing the harm resulting from its cruel sanctions regime”.

Washington must create “a viable financial channel with reasonable requirements for companies, banks and groups to provide humanitarian goods for people in Iran,” it said.

South African officials have seized 342 kilos of lion bones — prized in Asia for their supposed medicinal values and to make jewellery — at Johannesburg airport and arrested three people, the environment ministry has said. The contents of the crates, destined for Malaysia, were misdeclared, a statement said on Thursday. “When the shipment was […]

A federal judge has blocked the Trump administration’s move to vastly extend authority of immigration officers to deport people without allowing them to appear before judges, the third legal setback for its immigration agenda in one day. The policy, which was announced in July but hasn’t yet been enforced, would allow fast-track deportations to apply […]

The body of Iranian military commander Qassem Soleimani, who was killed in Iraq in a U.S. military strike, was returned to Iran on Sunday, the official IRIB news agency reported. Soleimani’s body was flown to the city of Ahvaz in southwest Iran. IRIB posted a video clip of a casket wrapped in an Iranian flag […]