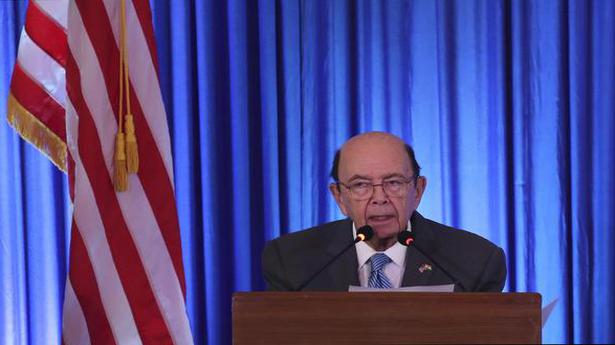 U.S. Secretary of Commerce Wilbur Ross said India’s decisions relating to Walmart and Amazon,[ i.e., its FDI in E-commerce policy , announced in December 2018] had caused “a lot of concern” to other companies considering investing in India. Mr Ross’s remarks were made during a discussion in Washington DC at the US India Partnerships Forum’s second annual leadership summit.

Walmart had invested $16 billion in e-commerce company Flipkart in 2018. Mr. Ross described the e-commerce FDI rules as “something of a surprise” to Walmart. He also said Walmart intended to continue to invest in India.

“I don’t mean to suggest that they’re withdrawing, that’s not what they’ve told me,” Mr. Ross said.

He said that investors going into a country need to know that there would be “stability” in regulation, “transparency”, an opportunity to comment on new, pending regulation and that there “wouldn’t be wild changes in policy.”

“They have been very good and very aggressive about working with us toward making the commercial arrangements for LNG to come in from the U.S.,” Mr. Ross said, adding this was good for India because the U.S., he said, is an “extremely competitive source” of the fuel and it would help reduce the U.S.’s trade deficit with India.

Mr. Ross repeated a message he delivered in Washington DC to the U.S. India Business Council, an industry body, in mid-June: India’s average applied rate of tariffs was high and this was also impacting Indian companies by stifling competition.

He said the US would hope to “get some tariff reductions”.

On agriculture, Mr. Ross said if India increased the scale on which farming is done, it would result in greater productivity and the US could play a “constructive role” in that.

“In an ideal world, India would consolidate farms into bigger farms,” Mr. Ross said, saying this would enable them to take advantage of modern farming techniques since small scale farms are “not terribly well equipped to do that”.

“If they [India] did decide to open it [the farming sector] up ,there probably could be a very constructive role for US industry in that,” Mr Ross said.

The lead singer of Swedish pop duo sensation Roxette, Marie Fredriksson, who shot to global fame in the 1990s with hits like “It Must Have Been Love”, died at 61 on Monday after a long fight with cancer, said her manager. She had been diagnosed with a brain tumour in 2002 but went into remission […]

S. Manickam (48) has no qualms about being overdressed or receiving curious glances at Colombo’s Old Town Hall market at Pettah, where he works as a daily-wage labourer. Sporting a shiny shirt, trousers, a tie and sunglasses, he throws all the weight of his lean frame forward, forcing the push cart ahead. “I follow only […]