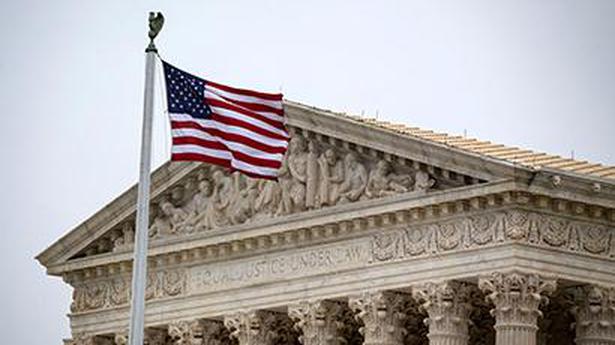 The U.S. Supreme Court, voting along conservative–liberal lines of 5-4, permitted the continuation of a Department of Homeland Security (DHS) policy that makes it more likely that poorer immigrants would be denied green cards.

The court stayed an injunction on an August policy of the DHS that expanded the definition of which potential immigrant seeking admission into the U.S. is likely to become a “public charge”, i.e., in need of State support. Such individuals can be denied admission into the U.S., or if seeking to adjust their visa status to a green card, once already in the U.S., can be denied their green card. Refugees and asylees are among those exempt from the provision. Among the risk factors of making an individual a “public charge” under the new definition are age, English-speaking ability and education. Non-white individuals are likely to be disproportionately affected by the new rule as per critics. The new rule may also cause individuals to discontinue their enrolment in Medicaid (a programme that helps individuals on a low income with medical costs) or deter them from enrolling, as per a study from the Kaiser Family Foundation.

Several lower courts had blocked the DHS rule after immigrant groups, individuals, State and city governments had gone to court over the issue.

All four liberal justices of the Supreme Court said they would have denied the stay on the injunction. Conservative justice and Trump appointee Neil Gorsuch took issue with lower courts particularly a U.S. District Court in New York which passed a nation-wide injunction on the policy in October.

“Today the Court (rightly) grants a stay, allowing the government to pursue (for now) its policy everywhere save Illinois,” Justice Gorsuch wrote. “But, in light of all that’s come before, it would be delusional to think that one stay today suffices to remedy the problem. The real problem here is the increasingly common practice of trial courts ordering relief that transcends the concurring cases before them.”

Meanwhile the case will continue to be heard in the 2nd U.S. Circuit Court of Appeals (based in New York) in the next few weeks.

“Self-sufficiency and self-reliance are key American values not to be litigiously dismissed, but to be encouraged and adopted by the next generation of immigrants. We plan to fully implement this rule in 49 States and are confident we will win the case on the merits,” Ken Cuccinelli, Acting DHS Deputy Secretary said in a statement released on Tuesday.

A magnitude 4.5 earthquake on Wednesday rattled an area less than 50 kilometres from Iran’s Bushehr nuclear power plant near the country’s Gulf coast, a US monitor said. The quake, which had a depth of 10 kilometres, struck 17 kilometres south-southeast of Borazjan city at 6.49 a.m. (0319 GMT), the US Geological Survey (USGS) said. […]

Israeli Prime Minister Benjamin Netanyahu will make a final effort this week to salvage a deal from talks to form a unity government with his centrist election rival Benny Gantz, he said on September 29. An inconclusive ballot on Sept. 17, the second this year, has created a political deadlock and left Israel’s longest-serving prime […]