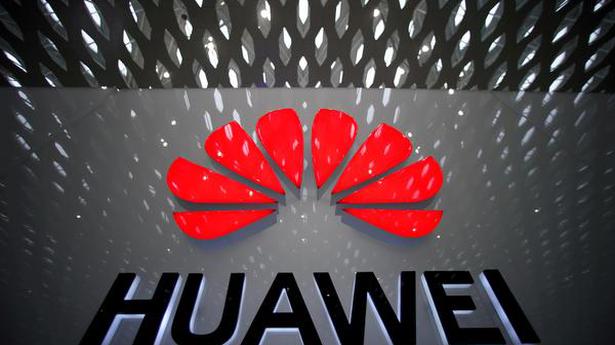 The U.S. government may expand its power to stop more foreign shipments of products with U.S. technology to China’s Huawei, amid frustration the company’s blacklisting has failed to cut off supplies to the world’s largest telecoms equipment maker, two sources said.

The U.S. Commerce Department in May placed Huawei Technologies on a trade blacklist, citing national security concerns. Putting Huawei on the entity list, as it is known, allowed the U.S. government to restrict sales of U.S.-made goods to the company, and some more limited items made abroad that contain U.S. technology.

But under current regulations, key foreign supply chains remain beyond the reach of U.S. authorities, prompting inter-agency discussions within the administration of President Donald Trump about possible changes to two key rules that could expand U.S. authority to block more foreign shipments to the company, giving more teeth to Huawei’s blacklisting, according to two people familiar with the matter.

The expansion of the rules is being considered even though the Trump Administration last week agreed to grant some reprieves on the existing ban and continues to seek a deal to de-escalate a bitter trade war.

If the Commerce Department makes the proposed rule changes, it will allow U.S. authorities to regulate sales of non-sensitive items, such as standard cell phone chips, made abroad with U.S.-origin technology, software, or components to Huawei, which is the world’s second largest smartphone maker.

Huawei and the Commerce department did not immediately respond to a request for comment.

The changes would represent “a major expansion of the reach of U.S. export controls and would be poorly received by U.S. allies and U.S. companies,” said Washington trade lawyer Doug Jacobson.

He predicted the actions would upset supply chains but that ultimately Huawei would find other companies to fill the gaps.

One rule the Commerce Department and sister agencies are focused on broadening is known as the De Minimis rule, which dictates whether U.S. content in a foreign-made product gives the U.S. government authority to block an export, the people said.

Officials also may expand the so-called Direct Product Rule, which subjects foreign-made goods that are based on U.S. technology or software to U.S. regulations.

It is not clear how close the administration is to making a decision about the changes, nor whether they would be introduced gradually or suddenly. It also was not immediately clear how the rule-making might take place, though sources said the changes would likely affect only Huawei.

Some China hawks within the administration are hoping for swift results, the people said.

In the months after Huawei was added to the entity list, suppliers such as Intel Corp, Xilinx Inc and Micron Technology Inc resumed some shipments to the Chinese company after conducting internal reviews to assess what products were not subject to the ban.

Xilinx Chief Executive Victor Peng, for example, told Reuters in July that the company determined that its older, 28-nanometer chips and some chips not designed for 5G gear could legally could be sold to Huawei without a special license. To sell to a blacklisted company, suppliers subject to U.S. rules generally need to apply for and receive a special license.

Xilinx and the other companies did not explain why they decided they did not fall under the entity list ban.

Last week, the agency renewed the so-called temporary general license for Huawei for a third time, extending permission for it to engage in limited transactions to maintain U.S. rural network operators.

And on Wednesday, the Trump administration issued a batch of some 75 licenses to allow some suppliers to restart sales to the company after Huawei was placed on a trade blacklist six months ago.

The survey by the Zenkoku Ishi Union, posted on its website on Friday, found nearly 70% of doctors saying the government is failing to handle the situation properly. Source: thehindu.com Related

The West Asia peace plan unveiled by U.S. President Donald Trump on Tuesday seeks to give the Israelis what they have long wanted — an expansive state with Jerusalem as its “undivided capital” and tight security control over a future Palestinian state. With his plan, Mr. Trump is actually pushing to revive the stalled two-state […]