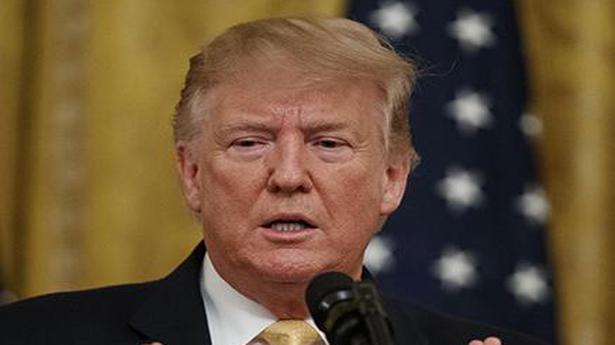 President Donald Trump voiced optimism on Monday that Pakistani Prime Minister Imran Khan could help broker a political settlement to end the nearly 18-year-old U.S. war in Afghanistan and held out the possibility of restoring aid to Islamabad.

“I think Pakistan is going to help us out to extricate ourselves,” Mr. Trump said, with Mr. Khan sitting next to him at the start of a White House meeting.

Mr. Trump spoke of possibly restoring $1.3 billion in American aid that he had cut last year, depending upon the results of the meeting.

The U.S. and Pakistan have a complicated relationship.

Mr. Trump last year complained on Twitter that the Pakistanis “have given us nothing but lies & deceit” and “give safe haven” to militants. Pakistan has denied the accusations.

“They were really, I think, subversive. They were going against us,” Mr. Trump said on Monday, adding that the U.S. relationship with Pakistan had improved.

Mr. Khan told Mr. Trump that a peace deal with the Taliban was closer than it had ever been. “We hope that in the coming days we will be able to urge the Taliban to speak to the Afghan government and come to a settlement, a political solution,” Mr. Khan said in the Oval Office meeting when reporters were present.

Mr. Trump wants to wrap up the U.S. military involvement in Afghanistan and sees Pakistan’s cooperation as crucial to any deal to end the war and ensure the country does not become a base for militant groups like the Islamic State.

Washington wants Islamabad to pressure Afghanistan’s Taliban into a permanent ceasefire and participation in talks with the Afghan government.

Analysts believe General Bajwa will play a key role in behind-the-scenes discussions, with the military looking to persuade Washington to restore aid and cooperation.

Coronavirus: Want to reopen US businesses in weeks, not months, says Donald Trump even as deaths rise

As cases of coronavirus continue to rise, President Donald Trump said Monday that he wants to reopen the country for business in weeks, not months, as he claimed, without evidence, that continued closures could result in more deaths than the pandemic itself. We can’t have the cure be worse than the problem, Trump told reporters […]