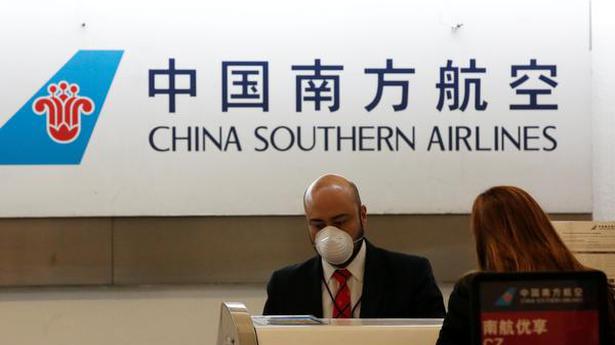 The United Arab Emirates announced on Wednesday its first case of the new coronavirus, in a family from Wuhan, in what is thought to be the first confirmed case in the Middle East.

“The UAE Ministry of Health and Prevention announced a case of the new coronavirus affecting people from one family coming from the city of Wuhan in China,” the State news agency WAM reported, without saying how many were infected.

“The health condition of those affected was stable and under medical monitoring,” it cited the ministry as saying.

Gulf airports, including Dubai which is home to one of the world’s biggest aviation hubs, said last week they would screen all passengers arriving from China amid the outbreak of the deadly virus.

The disease has spread to more than 15 countries since it emerged out of Wuhan late last year, with the death toll soaring to 132 and confirmed infections nearing 6,000.

All confirmed fatalities have so far been in China. Confirmed cases have been reported across the Asia Pacific region and in North America and Europe, but the Wuhan family in the UAE appear to be the first in the Middle East.

Dubai’s government said on Thursday that some 989,000 Chinese tourists visited the glitzy emirate last year — a number expected to cross the one million mark in 2020.

About 3.6 million Chinese transited through the emirate’s main airport in 2019.

Between them, the two Emirati hubs operate dozens of flights a week with Chinese cities.

China is the UAE’s top trading partner and Abu Dhabi is among the 15 top crude oil suppliers to Beijing. Several hundred Chinese companies have offices in the UAE.

The coronavirus has caused alarm because of its similarity to SARS (Severe Acute Respiratory Syndrome), which killed nearly 650 people across mainland China and Hong Kong in 2002-2003.

Like SARS, it can be passed among humans via the respiratory tract.

The UAE health ministry said it has taken “all the necessary precautions” in line with standards approved by the World Health Organisation.

It said that the country’s health system “works very efficiently and that the ministry is closely following the situation in a way that guarantees the health and safety of everyone.”

U.S. elections results reactions | ‘We did it Joe’

Hong Kong’s embattled leader warned on Monday that protests gripping the Asian financial centre are a challenge to China’s sovereignty as strikes crippled transport across the city and led to the cancellation of more than 200 flights. Beijing-backed Carrie Lam addressed the media for the first time in two weeks after yet another weekend of […]