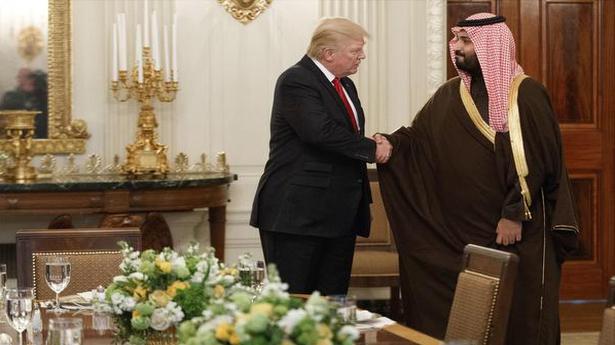 A UAE businessman linked to a probe of illegal donations to Donald Trump’s political campaign was paid by his country’s intelligence agency to spy on the U.S. President’s administration, The Intercept reported Monday.

Rashid al-Malik received tens of thousands of dollars a month for gleaning information on Trump administration policy toward West Asia in 2017, the website said, citing a former U.S. official and documents.

He reported back to the UAE’s National Intelligence Service on topics of interest to the oil-producing Gulf state — including U.S. efforts to mediate a Gulf feud involving Qatar — as well as meetings between U.S. officials and Saudi Arabia’s powerful Crown Prince Mohammed bin Salman, The Intercept said.

The Times cited people familiar with the inquiry as saying it focused on whether people from Qatar, Saudi Arabia and the UAE used straw donors to make contributions in the hope of buying influence over U.S. policy. The report was denied by Mr. al-Malik’s lawyer, who told The Intercept that his client was “not an intelligence operative.”

“He has never been ‘tasked’ to deliver information about the inner workings of the Trump administration,” Coffield wrote in an email to the website.

He has, however, “on numerous occasions, discussed various business ideas for UAE projects in the US,” the lawyer was quoted as saying.

Argentina’s ‘shirtless ones’ rise up against hunger, IMF and austerity

“This government does not represent us,” said Jacqueline Flores, one of the leaders of the Confederation of the Workers in the Popular Economy (CTEP). On a sunny September day, Ms. Flores was standing outside Argentina’s Congress building, in the midst of a protest against hunger. She was once a street vendor. As a young woman, […]

A day after Pakistan PM Imran Khan issued a nuclear threat to India, Pakistan Opposition leader and Pakistan Peoples’ Party (PPP) chairman Bilawal Bhutto said earlier Pakistan would talk about snatching Srinagar from India, but now it has become difficult to even save Muzaffarabad. Addressing a gathering on Monday, Bhutto, who is chief of the […]

Coronavirus-infected woman gives birth to a healthy baby in China

A 33-year-old Chinese woman infected with the deadly coronavirus pneumonia has given birth to a healthy baby girl with no infection in northwest China’s Shaanxi Province, state media reported on Tuesday. The Chinese woman was at the 37th week of gestation when she gave birth via caesarean to a baby with a weight of 2,730 […]