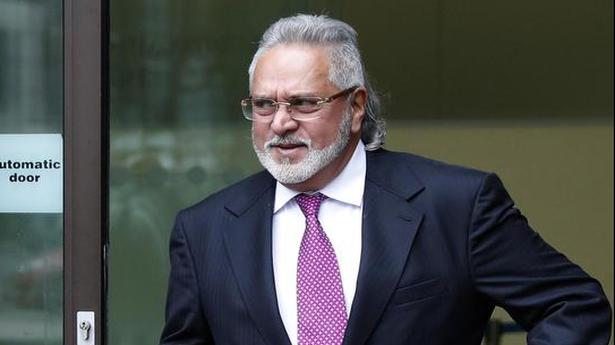 The U.K. High Court on Monday rejected fugitive businessman Vijay Mallya’s plea to appeal against his extradition to India.

In February, the U.K.’s Home Office said the government signed an order to extradite Mr. Mallya to face charges of fraud and money laundering following the judgment handed down by Westminster Magistrates Court Chief Magistrate Emma Arbuthnot in December 2018.

Subsequently, Mr. Mallya filed an application in the High Court, seeking permission to appeal against the extradition.

However, a judge at London’s High Court rejected Mr. Mallya’s application for permission to appeal against the extradition order, which was passed on April 5 by Justice William Davis.

Mr. Mallya launched his application to appeal to the High Court after Home Secretary Sajid Javid signed the extradition order in early February. It is, however, not necessarily the end of the story.

This application to appeal was made on paper — via the exchange of documents between the judge and both sides. Now Mr. Mallya’s legal team can make a renewal application for a brief oral hearing before the same court (but not before the judge), in another attempt to push for an appeal hearing. If it were to be rejected at this stage, there would be no further recourse in terms of the appeal process.

“The appellant has five business days to apply for oral consideration,” a spokesperson for the judiciary explained. “If a renewal application is made, it will be listed before a High Court judge and dealt with at a hearing.”

Mr. Mallya, wanted in India for alleged fraud and money laundering amounting to an estimated ₹9,000 crores, is currently on bail on an extradition warrant in the U.K.

An explosion damaged a police station in Copenhagen, Denmark early on Saturday, the second blast to hit the Danish capital in four days. No one was injured in the blast outside a small unstaffed police station in the area of Norrebro, just outside the city centre, Chief Police Inspector Jorgen Bergen Skov said. On Tuesday, […]