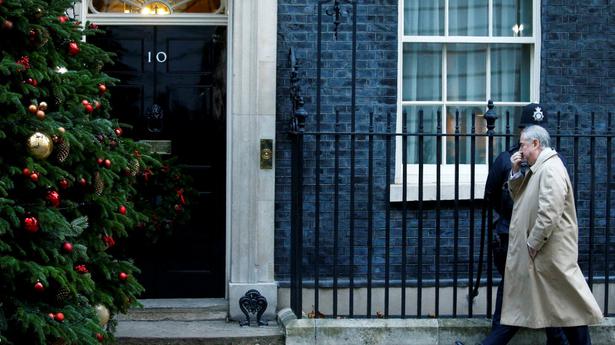 Britain’s chief law officer says Brexit negotiations with the European Union (EU) will continue through the weekend, as the country scrambles to secure changes to the EU divorce deal before a vote in Parliament next week.

The EU says “difficult” talks have failed to produce a breakthrough because British proposals are unrealistic.

Britain is due to leave the bloc on March 29, but its Parliament has rejected the government’s divorce deal with the EU.

Prime Minister Theresa May is seeking changes, but the EU insists it will not reopen the legally binding withdrawal agreement.

Parliament is due to vote again on the deal on March 12. If it is rejected, lawmakers may seek to delay Brexit.

Jessica Krug admitted that she had presented herself as Afro Caribbean from New York when she is in fact a white Jewish woman from suburban Kansas City. Source: thehindu.com Related

Tens of thousands of Colombians took to the streets of the capital Bogota on Thursday amid a general strike to protest the policies of President Ivan Duque’s right-wing government. There were reports of clashes and arrests as trade unions, students, opposition parties and the South American country’s indigenous organisations challenged the full gamut of Mr. […]

The technology companies depend on H1-B visas to hire tens of thousands of employees each year from countries like India and China. Source: thehindu.com Related