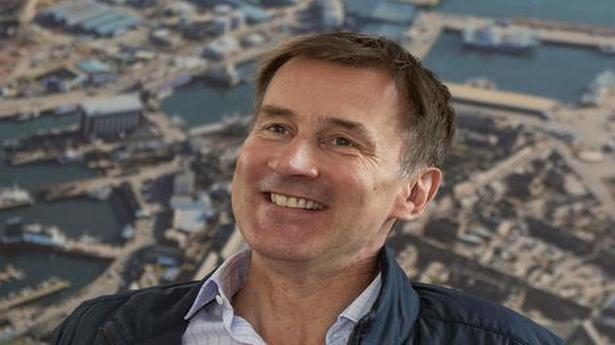 Jeremy Hunt, one of the two people vying to replace British Prime Minister Theresa May, said on Monday that rival Boris Johnson was a coward for avoiding public head-to-head debates on Brexit.

“On the question of debates, he is being a coward,” Foreign Secretary Hunt said. “It is cowardice not to appear in head-to-head debates.”

Mr. Hunt (52), said it was disrespectful for Mr. Johnson to have turned down the opportunity for a televised head-to-head debate on Sky television.

Early on Friday, police were called to Mr. Johnson’s home after neighbours heard a loud altercation between him and his girlfriend. Mr. Johnson has refused to explain the incident. Police said there was no cause for police action.

Mr. Hunt said the personal life of Mr. Johnson was irrelevant but that the candidates should explain their Brexit positions – and specifically what would a new leader do if lawmakers tried to sink a new government heading towards a no-deal Brexit.

US: 9 killed, 3 injured as plane crashes in South Dakota

Authorities say nine people have been killed after a plane crashed in South Dakota. Peter Knudson with the National Transportation Safety Board tells The Associated Press 12 people were aboard the Pilatus PC-12 when it crashed about 12:30 pm on Saturday, shortly after taking off from Chamberlain, about 140 miles (225.3 kilometers) west of Sioux […]

The ruling Pakistan Tehreek-e-Insaf party led by Prime Minister Imran Khan has suspended the general secretary of its Lahore chapter over posters that featured an insulting slogan targeting the minority Hindus after public backlash, a media report said on Saturday. Mian Akram Usman put up the poster in connection with Kashmir Solidarity Day, which was […]