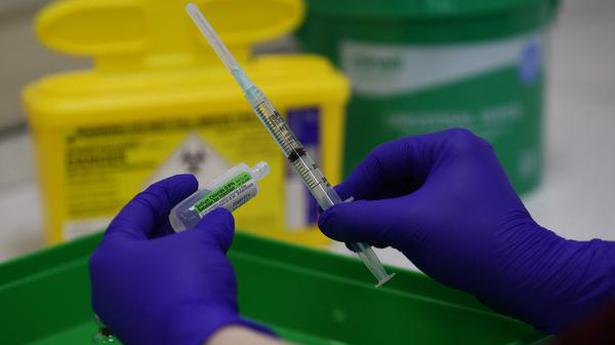 “I urge everybody to play their part to suppress this virus and follow the local restrictions to protect the NHS.”

The first 50 National Health Service (NHS) hospitals are gearing up for what the UK government has described as the biggest immunisation programme in history as the first doses of the Pfizer/BioNTech vaccine against COVID-19 arrived at secure locations in the country from neighbouring Belgium this weekend.

Frontline healthcare staff, people over the age of 80 and care home workers will be among the first to get the vaccine as part of Phase 1 of the programme from Tuesday, which was approved for rollout by the UK’s independent regulator earlier this week.

The Medicines and Healthcare products Regulatory Agency (MHRA) had declared the jab, which claims to offer up to 95% protection against COVID-19, is safe for human use against the novel coronavirus after rigorous checks.

“This coming week will be an historic moment as we begin vaccination against COVID-19,” said UK Health Secretary Matt Hancock.

“I urge everybody to play their part to suppress this virus and follow the local restrictions to protect the NHS while they carry out this crucial work,” he said.

The minister added that the government is doing everything it could to overcome “significant challenges” to ensure care home residents are vaccinated as soon as possible after they were also cleared for Phase 1 by the UK’s Joint Committee on Vaccination and Immunisation (JCVI), as those at the highest risk of death from the deadly virus.

The Department of Health and Social Care (DHSC) said that NHS staff are working through the weekend for the first vaccinations to take place from Tuesday across 50 shortlisted hubs in the first wave.

More hospitals will start vaccinating over the coming weeks and months as the programme ramps up.

Patients aged 80 and above who are already attending hospital as an outpatient, and those who are being discharged home after a hospital stay, will be among the first to receive the “life-saving jab”. Hospitals will also begin inviting over 80s in for a jab and work with care home providers to book their staff in to vaccination clinics.

Some media reports indicate that Queen Elizabeth II, 94, and her 99-year-old husband, Prince Philip, are likely to be among this group.

Any appointments not used for these groups will be used for healthcare workers and all those vaccinated will need a booster jab 21 days later.

Despite the huge complexities, hospitals will kickstart the first phase of the largest scale vaccination campaign in our country’s history from Tuesday.

The first tranche of vaccine deliveries will be landing at hospitals by Monday in readiness, said Professor Stephen Powis, NHS National Medical Director.

The NHS has a strong record of delivering large scale vaccination programmes — from the flu jab, HPV vaccine and lifesaving MMR jabs — hardworking staff will once again rise to the challenge to protect the most vulnerable people from this awful disease, he said.

General practitioners (GPs) and other primary care staff are also being put on standby to start delivering the jab, with a number of them ready from December 14 and more in other parts of the country joining in a phased basis during the coming weeks and months.

“Vaccination centres treating large numbers of patients in sporting venues and conference centres will subsequently join the drive when further supplies of vaccine come on stream,” the DHSC said.

The vaccine is typically delivered by a simple injection in the shoulder but there is a complex and difficult logistical challenge to deliver from the manufacturers Pfizer to patients.

It needs to be stored at -70C before being thawed out and can only be moved four times within that cold chain before being used.

Defrosting the vaccine takes a few hours and then additional time is required to prepare the vaccine for administering.

The DHSC said that NHS staff have been working over the weekend to prepare the sites and accept deliveries.

Each box needs to be opened and unpacked manually, and temperature data has to be downloaded from each box.

Tracking data covering every box’s journey from Belgium is also being downloaded to check that the vials have been kept well below freezing.

There are five packs of 975 doses per box and only sites with the necessary MHRA licence can split the vaccine packs. Once all checks are complete, the vaccine will be made available to order by authorised sites in the state-funded NHS.

The distribution of the vaccine across the UK is being undertaken by Public Health England and the NHS in England, Scotland, Wales and Northern Ireland through systems specially adapted from those used successfully for the national immunisation programmes, the government said.

Around 800,000 doses of the vaccine are expected to be available in the UK from next week. In all, the government has ordered a total of 40 million doses — enough to vaccinate 20 million people, with two shots each, 21 days apart.

Meanwhile, the UK recorded a further 397 deaths from the deadly virus, taking the country’s death toll to 61,014.

In a setback to Sri Lankan President Maithripala Sirisena, a court here on Tuesday granted bail to former Defence Secretary and suspended police chief, saying there was no basis for their arrests. Former Defence Secretary Hemasiri Fernando and police chief Pujith Jayasundera were suspended by President Sirisena for their alleged inaction on the intelligence shared […]

Xinjiang is among a series of conflicts including human rights, trade and technology that have caused U.S.-Chinese relations to plunge to their lowest level in decades. Source: thehindu.com Related