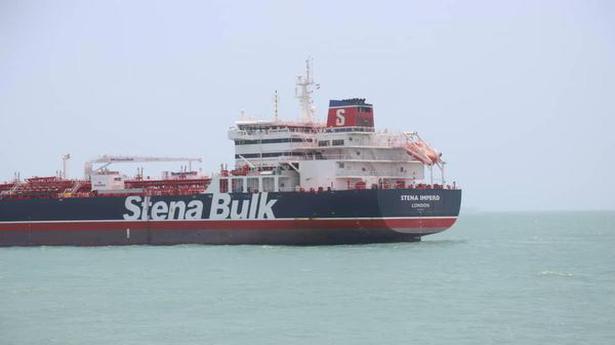 The British-flagged Stena Impero tanker, which was detained by Iran’s Revolutionary Guards in July, has started moving and exited the Bandar Abbas port on Friday, according to Refinitiv ship-tracking data.

The Stena Impero was detained in the Strait of Hormuz waterway for alleged marine violations two weeks after Britain seized an Iranian tanker off the territory of Gibraltar. That vessel was released in August.

The grand opening of Sri Lanka’s tallest tower was mired in controversy on Monday when President Maithripala Sirisena said one of the Chinese firms contracted to work on the project had disappeared with $11 million of state funds. Mr. Sirisena made the allegation at the launch ceremony of the China-financed Lotus Tower, a 356.3 metre […]

Former Trump campaign chairman Paul Manafort was sentenced on Thursday to nearly four years in prison for tax and bank fraud related to his work advising Ukrainian politicians, much less than what was called for under sentencing guidelines. Manafort, sitting in a wheelchair as he deals with complications from gout, had no visible reaction as […]

Floods that have crippled much of Indonesia’s capital worsened Tuesday, inundating thousands of homes and buildings, including the presidential palace, and paralyzing transport networks, officials and witnesses said. Overnight rains caused more rivers to burst their banks in greater Jakarta starting Sunday, sending muddy water up to 1.5 meters (5 feet) deep into more residential […]