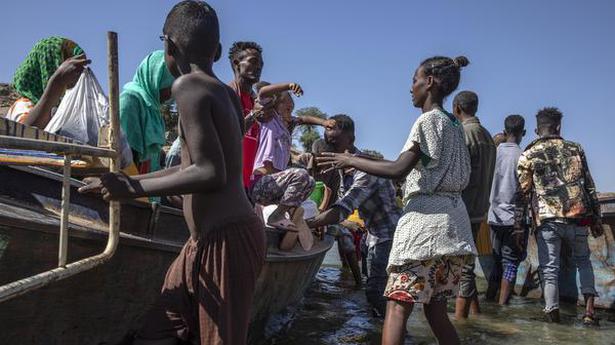 The United Nations says it and Ethiopia’s government have signed a deal to allow unimpeded humanitarian access to the embattled Tigray region, at least the parts under federal government control.

This will allow the first aid to the region of 6 million people that has been cut off during fighting that began a month ago between the federal and Tigray regional governments. Each regards the other as illegal in a power struggle that has been months in the making.

For weeks, the U.N. and others have pleaded for aid access amid reports of food, medicines and other supplies running out.

A U.N. humanitarian spokesman says the first mission to carry out a needs assessment begins on Wednesday.

U.S. Secretary of State Mike Pompeo on September 14 accused Iran of leading attacks on Saudi oil plants that have cut the kingdom’s output roughly in half, as he ruled out Yemeni involvement and denounced Tehran for engaging in false diplomacy. Yemen’s Iran-aligned Houthi group claimed credit for the attacks on two plants at the […]

Analysis | Is the reign of ‘King Bibi’ over?

Israeli Prime Minister Benjamin Netanyahu suffered a major political setback on Tuesday when results of parliamentary election were out. Mr. Netanyahu, Israel’s longest serving Prime Minister who was in power for 10 consecutive years and was hoping to win a fifth term in office, failed to win a majority in the 120-member Knesset. When almost […]