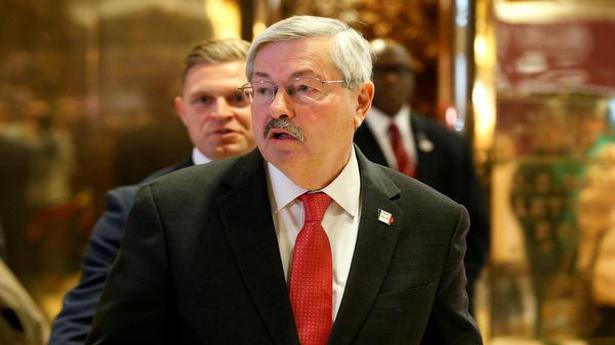 The U.S. ambassador to China is making a rare visit to Tibet to meet local officials and raise concerns about restrictions on Buddhist practices and the preservation of the Himalayan region’s unique culture and language.

The U.S. Embassy in Beijing said Terry Branstad is visiting the Tibetan Autonomous Region and neighboring Qinghai province from Sunday through Saturday. Qinghai is a traditionally Tibetan region also known as Amdo and the birthplace of the Dalai Lama, Tibet’s exiled Buddhist leader.

Mr. Branstad’s visit will include official meetings along with visits to religious and cultural heritage sites, schools, and “other places of interest,” the embassy said in a statement.

The embassy called the visit “a chance for the ambassador to engage with local leaders to raise longstanding concerns.” It said Mr. Branstad would also “learn first-hand about the region’s unique cultural, religious, and ecological significance.”

China tightly restricts access to Tibet by foreigners, especially journalists and diplomats. In response to the lack of access, the U.S. Congress last year passed the Reciprocal Access to Tibet Act, which denies entry to the United States for anyone “substantially involved in the formulation or execution of policies related to access for foreigners to Tibetan areas.”

China says Tibet has been part of its territory for centuries, but many Tibetans say they were effectively an independent nation for most of that time. Beijing’s control was most recently asserted when the Communist Party’s military wing, the People’s Liberation Army, invaded the region in 1950.

In recent years there has been a significant tightening of control over Tibetan Buddhism, use of the Tibetan language and traditional culture. Following anti-government protests in 2008, Beijing imposed a policy of “grid policing” that significantly reduces travel and social life, methods subsequently imposed in the traditionally Muslim neighboring region of Xinjiang, where hundreds of thousands of residents have been confined to detention centers.

“I hope that this visit to Tibet can help Ambassador Branstad make a conclusion without prejudice in the spirit of respecting the facts … instead of being confused and disturbed by some long-standing hearsay and defamatory speeches,” Mr. Lu said.

China has reported 31 new cases of coronavirus including 30 imported ones while the death toll reached 3,304 with four more fatalities, health officials said on Monday. The country’s National Health Commission (NHC) in its daily report said 31 new confirmed COVID-19 cases on the Chinese mainland were reported on Sunday, of which 30 were […]

The wife of French jihadist Jean-Michel Clain told AFP on Tuesday in Syria that her husband was killed last month two days after a coalition strike killed his brother Fabien. “The drone killed my brother-in-law and then the mortar killed my husband,” Dorothee Maquere said at a screening area after exiting the Islamic State group’s […]

Teen climate activist Greta Thunberg, who has inspired millions across the world to stage protests urging leaders to better tackle global warming, has declined an environmental prize, saying “the climate movement does not need any more prizes.” Two fellow climate activists spoke on Thunberg’s behalf at an award ceremony Tuesday in Stockholm for the regional […]