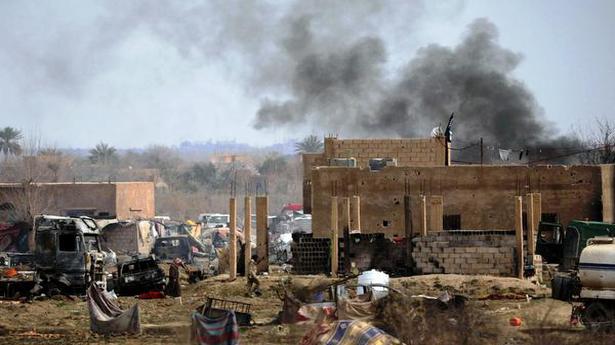 A U.S.-backed Syrian force says it has liberated the last area held by the Islamic State group in the eastern Syrian village of Baghouz, declaring victory over the extremists and the end of their self-declared caliphate.

Mustafa Bali, a spokesman for the Syrian Democratic Forces, tweeted that “Baghouz is free and the military victory against Daesh has been achieved,” referring to the group by its Arabic acronym.

Mr. Bali says the so-called caliphate, which once sprawled across much of Syria and neighboring Iraq, is gone, and pledged to continue the fight against remnants of the extremist group until they are completely eradicated.

Pakistan government on Monday authorised its Ministry of Foreign Affairs to implemented United Nations Security Council (Freezing and Seizure) Order, 2019 against designated individuals and entities. The objective of the order is to simplify the procedure for implementation of UNSC sanctions against designated individuals and entities. The development comes in the backdrop of mounting international […]

The ‘safe haven’ offer will result in a huge negative impact on the Australian economy, warns Beijing Source: thehindu.com Related

Thousands of persons reported missing since the time of Sri Lanka’s civil war are “actually dead”, President Gotabaya Rajapaksa has said. The President made the remark in a recent meeting with the UN Resident Coordinator, according to a statement from his office. Outlining his plans to address the issue of missing persons, “he explained that […]