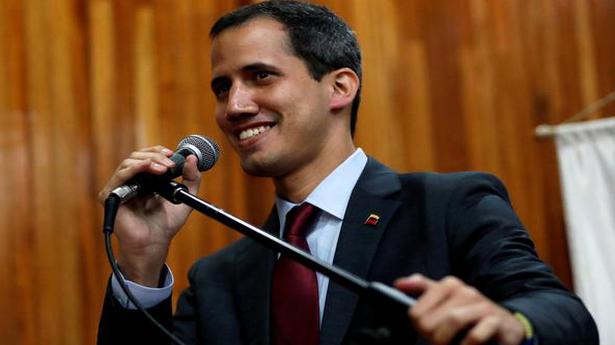 A top U.S. diplomat says her country wants an envoy of Venezuelan opposition leader Juan Guaido to take up the rotating presidency of a key U.N. disarmament body in two months.

Assistant Secretary Yleem Poblete used the United States’ turn to hold the rotating presidency of the Conference on Disarmament to chronicle many U.S. concerns, including policies by Russia, Iran and China.

She said on Tuesday the U.S. hopes a Guaido envoy “will be in a position” to take the conference presidency when Venezuela’s turn comes in May. The United States and dozens of other countries have recognized Mr. Guaido as Venezuela’s president.

An Indian-origin former employee of Cisco Systems has been arrested and charged with a criminal complaint alleging he defrauded the technology major of more than $9.3 million. Prithviraj Bhikha (50) was charged in a criminal complaint with wire fraud, US Attorney David Anderson and Federal Bureau of Investigation Special Agent in Charge John Bennett have […]

A U.S. warship sailed through the Taiwan Strait on Thursday, the island’s defence ministry said, less than a week after Taiwan President Tsai Ing-wen won re-election by a landslide on a platform of standing up to China which claims the island. The ship sailed in a northerly direction through the sensitive waterway and Taiwan’s armed […]