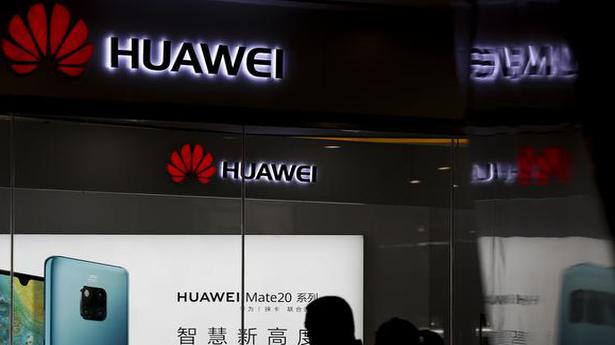 The move by the U.S. Commerce Department could complicate talks next week between President Donald Trump and his Chinese counterpart, Xi Jinping, aimed at de-escalating a trade dispute between the world’s two biggest economies.

The other four are the Wuxi Jiangnan Institute of Computing Technology and three Sugon affiliates. The Commerce Department called their activities “contrary to the national security and foreign policy interests of the United States.”

“Adding more Chinese companies to the U.S. bad guys list may be seen as a way to ramp up the pressure on China,” said Amanda DeBusk, a partner at Dechert LLP and the former Commerce Department assistant secretary for export enforcement. “However, the Chinese may see this as ill-timed bullying. They cannot be seen as making concessions to the United States, so this may have the effect of hurting any chances for trade agreement.”

“This is all about the race to exascale computing, which China has designated as a major priority,” he said, adding that companies such as Sugon have received major government backing.

Of particular concern to China hawks in the Trump administration, Mr. Triolo added, is Sugon’s move to develop a next-generation processor of its own. It licensed one generation of AMD technology as part of a 2016 joint venture in which a Sugon subsidiary has an ownership stake.

An AMD spokesperson said the company was reviewing the order to determine next steps related to their joint ventures.

In recent years, the U.S. and Chinese companies have been alternating as leading producers of the world’s fastest supercomputers. Sugon had 63 of the top 500 in the most recent rankings .

This is not the first time the U.S. has placed on the Entity List a Chinese organization involved in supercomputer development with military uses. In 2015 it added China’s National University of Defense Technology to the Entity List.

“The U.S. is gradually squeezing off access to US technology for major elements of China’s next generation supercomputing,” said Triolo. The long-running campaign isn’t directly related to Trump’s current trade war with China.

Trump has imposed 25% tariffs on $250 billion in Chinese imports and is preparing to target another $300 billion, extending the import taxes to virtually everything China ships to the United States. China has retaliated with tariffs on U.S. products.

Talks to resolve the dispute broke off last month. But Trump and Xi are scheduled to meet next week at the Group of 20 summit in Osaka, Japan, to get the negotiations back on track.

The UN rights chief on Tuesday voiced concern over force used against protesters during massive demonstrations in Hong Kong and called for an impartial probe amid increasingly violent unrest in the key financial hub. UN High Commissioner for Human Rights Michelle Bachelet is “concerned by the ongoing events in the Hong Kong Special Administrative Region […]

Thunderstorms lashed parts of Australia’s east coast early on Saturday, causing road closures and lash flooding, but the country was still battling nearly 100 bushfires and some of the affected areas remained dry. Victoria, New South Wales and Queensland, states hit badly by the bushfires that have so far killed 29 people, destroyed more than […]

The United Kingdom (UK) Parliament on Thursday suspended one of Britain’s longest-serving Indian-origin MPs Keith Vaz for six months after he was found to have “expressed willingness” to purchase cocaine for male prostitutes. MPs approved the suspension after the Parliament Standards Committee concluded in its report that the 62-year-old Goan-origin Labour Party MP for Leicester […]