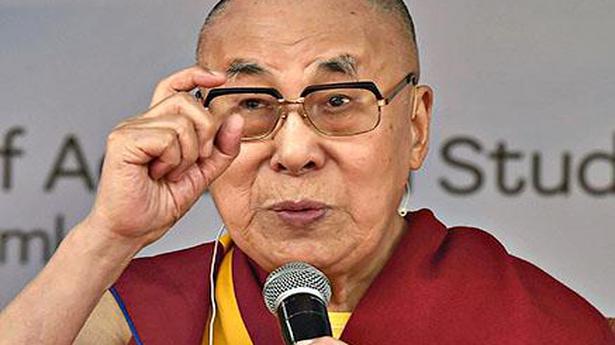 The US House of Representatives has passed a bill that authorises financial and travel sanctions against Chinese officials who interfere in the process of selecting the successor to the Dalai Lama, the exiled spiritual leader of Tibet.

Introduced by Congressman James P. McGovern, Chairman of the House Rules Committee and the Congressional-Executive Commission on China, the bill was passed by a overwhelming vote of 392 to 22 on Tuesday.

The bill, if passed by the Senate and signed into law by the President, will also prohibit China from opening any new consulate in the US until Beijing allows Washington to open its diplomatic station in Lhasa, the Tibetan capital.

According to the bill, the succession or reincarnation of Tibetan Buddhist leaders, including a future 15th Dalai Lama, is an exclusively religious matter that should be decided solely by the Tibetan Buddhist community.

Under the draft legislation, Washington would freeze any American asset and ban US travel of Chinese officials if they are found to be involved in “identifying or installing” a Dalai Lama approved by Beijing.

Addressing the House, Speaker Nancy Pelosi said the bill sends Beijing a clear signal that it will be held accountable for interfering in Tibet’s religious and cultural affairs.

The proposed legislation, she said, makes it clear that “Chinese officials who meddle in the process of recognising a new Dalai Lama will be subject to targeted sanctions, including those in the Global Magnitsky Act”.

The Global Magnitsky Act allows the US to sanction foreign government officials implicated in human rights abuses anywhere in the world.

“It is unacceptable that the Chinese government still refuses to enter into a dialogue with Tibetan leaders…We are supporting the Tibetan people’s right to religious freedom and genuine autonomy by formally establishing as US policy that the Tibetan Buddhist community has the exclusive right to choose its religious leaders, including a future 15th Dalai Lama,” she said.

Though introduced as a stand-alone piece of legislation, the bill serves as an amendment to the Tibet Policy Act of 2002, which codified the US position of support for the Tibetan people.

“Our bill updates and strengthens the Tibetan Policy Act of 2002 to address the challenges facing the Tibetan people. But perhaps as importantly, it reaffirms America’s commitment to the idea that human rights matter. That we care about those who are oppressed, and we stand with those who are struggling for freedom,” Congressman Mr. McGovern said on the House floor.

“It should be clear that we support a positive and productive US-China relationship, but it is essential that the human rights of all the people of China are respected by their government,” he asserted.

Last year, the US Congress passed the Reciprocal Access to Tibet Act, demanding that American journalists, diplomats and tourists be given the same freedom to travel to Tibet that Chinese officials have to travel freely in the US.

“The Dalai Lama should be commended for his decision to devolve political authority to elected leaders. The Tibetan exile community is also to be commended for adopting a system of self-governance with democratic institutions to choose their own leaders, including holding multiple ‘free and fair’ elections to select its Parliament and chief executive,” Mr. McGovern said.

The bill also mandates the US State Department to begin collaborative and multinational efforts to protect the environment and water resources of the Tibetan Plateau.

“We are protecting Tibet’s environmental and cultural rights: working with international governments and the business community to ensure the self-sufficiency of the Tibetan people and protect the environment and water resources on the Tibetan Plateau. It is really important to sustainability of our planet,” Ms. Pelosi, a longtime advocate for Tibet, said.

Coronavirus | 60 million could be pushed into extreme poverty in 2020 : World Bank President

Iran to execute man who ‘spied’ for CIA

Iran said on Tuesday that its top court confirmed a death sentence for an Iranian man convicted of spying for the CIA, with State media alleging that he had shared details of the Islamic Republic’s nuclear program with the American spy agency. Judiciary spokesman Gholamhossein Esmaili identified the purported spy as Amir Rahimpour and said […]