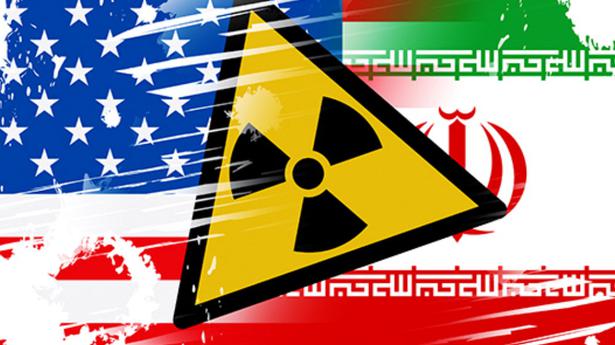 The U.S. on Wednesday ordered all non-emergency staff to leave its embassy in Baghdad and consulate in Arbil, as tensions mount between the United States and Iraq’s neighbour Iran.

Washington has ramped up pressure on Tehran in recent days, accusing Iran of planning “imminent” attacks in the region, and bolstering the American military presence in the Gulf. A State Department advisory announcing the partial embassy closures warned of numerous terrorist and insurgent groups active in Iraq, including “anti-US sectarian militias” who could “threaten U.S. citizens and Western companies throughout Iraq.”

The U.S. last year shut its consulate in the protest-hit southern Iraqi city of Basra, blaming “indirect fire” by Iran-backed forces. Tensions have sharply escalated between Washington and Tehran since U.S. President Donald Trump withdrew last May from the 2015 Iran nuclear deal.

U.S. Secretary of State Mike Pompeo — who has made rolling back Iranian influence in the region a top priority — last week paid a surprise trip to Baghdad in a move to bolster ties with Iraq. Ruled by Shiite clerics, Iran has a strong influence in Iraq, especially in the country’s Shiite-majority south.

Mr. Pompeo told reporters he had made the trip because Iranian forces are “escalating their activity” and said the threat of attacks were “very specific.” The top U.S. envoy met with Iraq President Barham Saleh and Prime Minister Adel Abdel Mahdi, and spoke to them “about the importance of Iraq ensuring that it’s able to adequately protect Americans in their country.”

Diplomatic security is a key priority for the United States and Mr. Pompeo, who as a congressman went on the offensive against former secretary of state Hillary Clinton over a deadly attack on the U.S. consulate in the eastern Libyan city of Benghazi.

Blasts involving improvised explosive devices (IEDs) occur in many areas of Iraq, including the capital Baghdad, the advisory warned, adding that normal visa services would be suspended. Arbil is the Iraqi Kurdish regional capital, in northern Iraq.

Since pulling out of the Iran deal, the Trump administration has ramped up menacing rhetoric against Iran while tightening economic sanctions on the country. National Security Advisor John Bolton warned Iran that Washington would respond with “unrelenting force” to any attack by Tehran, including by its regional allies.

The Pentagon said last week it was sending several massive, nuclear-capable B-52s to the region in response to indications of an alleged plan by “Iranian and Iranian proxy forces” to attack U.S. forces. The U.S. move comes in response to intelligence about a threat orchestrated by Iran, officials said, but details of the threat have not been disclosed.

But U.S. signals about escalating danger posed by Iran have been met with some scepticism by Washington’s allies. A British general said on Tuesday there had been “no increased threat from Iranian-backed forces in Iraq and Syria.”

The comments by Major General Chris Ghika, a British spokesman for Operation Inherent Resolve, the coalition fighting the Islamic State group, drew a sharp retort from US Central Command. Both Mr. Pompeo and Iran’s supreme leader Ayatollah Ali Khamenei have this week played down fears that their countries were headed for conflict.

“We fundamentally do not seek a war with Iran,” Mr. Pompeo said Tuesday during a visit to Russia, a key backer of Tehran which has blamed the current crisis on Washington’s decision to pull out of the Iran nuclear deal. Mr. Khamenei told Iranian officials the stand-off “is not military because there is not going to be any war.”

“Neither we nor them (the US) seek war. They know it will not be in their interest,” he said, quoted on his website.

Maradona pleads for ‘Hand of God’ to end coronavirus pandemic

The Argentine football legend refers to his hand-assisted infamous goal in the 1986 World Cup against England Source: thehindu.com Related

Brazilian President Jair Messias Bolsonaro will on Friday begin a four-day visit to India, primarily as Chief Guest on Republic Day and to explore ways to boost trade ties at a time both large economies were hit by slowdowns. On his first visit to India after assuming power, Mr. Bolsonaro will be accompanied by seven […]

During a visit last September to the Central Party School, an elite institution in west Beijing that trains China’s future leaders, President Xi Jinping held forth on the major risks facing his country. The slowing economy and the trade war with America would have been top of his mind as he warned of “complicated struggles” […]