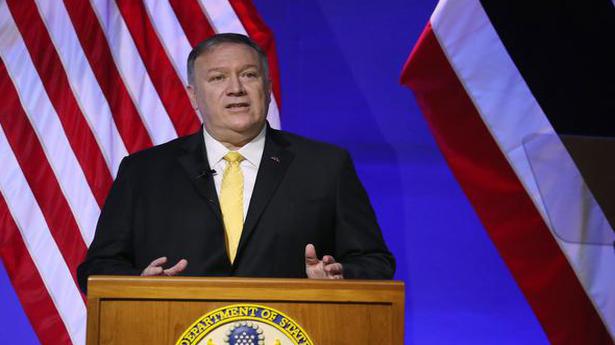 The US has announced visa restrictions against officials of the Chinese government and the Communist Party of China for instituting a highly “repressive campaign” against ethnic and religious minorities, including the Uyghur Muslims, in the country’s Xinjiang province.

The US accused China of carrying out high-tech surveillance and draconian controls against the minorities in the country’s Xinjiang Uyghur Autonomous Region.

“The Chinese government has instituted a highly ‘repressive campaign’ against Uyghurs, ethnic Kazakhs, Kyrgyz, and other members of the Muslim minority groups in the Xinjiang Uyghur Autonomous Region,” US Secretary of State Mike Pompeo said.

“The repressive campaigns include mass detentions in internment camps, pervasive, high-tech surveillance, draconian controls on expressions of cultural and religious identities and coercion of individuals to return from abroad to an often perilous fate in China, he said.

He said these visa restrictions would be on Chinese government and Communist Party officials who are believed to be responsible for, or complicit in, the detention or abuse of Uyghurs, Kazakhs, or other members of Muslim minority groups in China.

Family members of such persons may also be subject to these restrictions, he said.

The decision of visa restrictions came a day after US blacklisted 28 Chinese companies from purchasing any American products for being implicated in human rights violations and other abuses in the Xinjiang region.

Noting that the US will continue to review its authorities to respond to these abuses, Mr. Pompeo called on China to immediately end its campaign of repression in Xinjiang and release all those arbitrarily detained.

“The protection of human rights is of fundamental importance and all countries must respect their human rights obligations and commitments. The US will continue to review its authorities to respond to these abuses, Mr. Pompeo said.

The US decision on visa and the companies of China comes as the two nations will hold the next round of trade negotiations on October 10, as the two major trading powers are trying to end their bruising trade war.

The American side would be led by US Trade Representative Robert Lighthizer and Secretary of Treasury Steven Mnuchin. The Chinese delegation will be led by Vice Premier Liu He.

China and the US have been negotiating a trade deal for more than 10 months now.

President Donald Trump wants to reach an agreement with the Chinese that reduces the massive trade imbalance between the two countries, which last year climbed to over $539 billion.

He also wants China to address the issue of theft of intellectual properties of US companies and their forced coercion inside China.

The Trump administration had first imposed tariffs on Chinese imports last year in a bid to win concessions from China, which responded with tit-for-tat tariffs. The escalating dispute between the world’s two largest economies has depressed stock prices and poses a threat to the global economy.

Both sides have made conciliatory gestures ahead of the next round of talks, but a deal remains elusive.

The US postponed a further tariff hike on Chinese goods, and China lifted punitive duties on soybeans. The move helps both American farmers and Chinese pig breeders, who use soy as feed and are struggling with a devastating outbreak of African swine fever.

A man accused of killing two police officers while acting as the leader of an al Qaeda group in the Iraqi city of Fallujah was arrested in Phoenix, Arizona, federal officials said on Friday. Ali Yousif Ahmed Al-Nouri, 42, is wanted in Iraq on charges of premeditated murder of the Iraqi police officers in 2006, […]