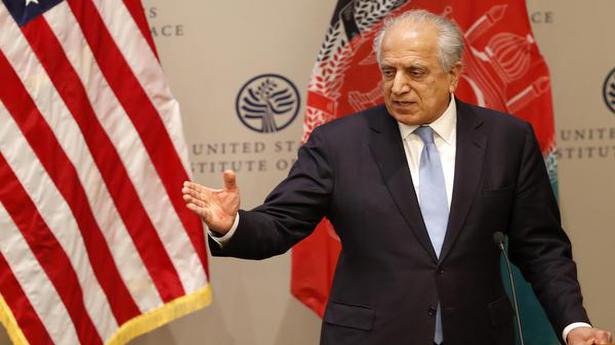 A fresh round of talks between the U.S. and the Taliban is to begin in Qatar, just days after U.S. Secretary of State Mike Pompeo said Washington is hoping for an Afghan peace agreement before Sept. 1.

Suhail Shaheen, spokesman for the Taliban’s political office in Doha, tells talks with U.S. peace envoy Zalmay Khalilzad will begin early Saturday morning. The focus of the talks will be on the withdrawal of U.S. troops and Taliban guarantees to prevent Afghanistan from again hosting militants who can stage global attacks.

The latest round of talks comes amid heightened expectations that followed Pompeo’s optimistic time frame for a pact to end Afghanistan’s nearly 18-year war and America’s longest-running military engagement.

Downing Street has described talks between Theresa May and Opposition leader Jeremy Corbyn as “constructive,” with further meetings scheduled to take place on Thursday, as the U.K. attempts to break the Brexit deadlock and avoid crashing out of the E.U. without a deal by April 12. However, the Labour Party has struck a more cautious […]

WHO should be ashamed of itself, it is like a PR agency for China, says Trump

The Trump Administration has launched a probe into the role of the WHO on coronavirus, and has temporarily suspended the U.S.’ financial assistance to it. Source: thehindu.com Related

Data | Why is it necessary to test more to reduce the impact of COVID-19?

Among countries with the highest case load, India’s tests per case has reduced slightly, which means it conducts fewer tests to detect a case as infections have increased Source: thehindu.com Related