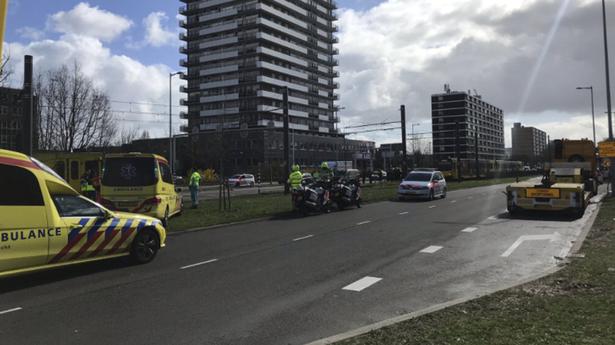 Dutch authorities suspect one person was killed in a shooting on a tram in the city of Utrecht in Netherlands on Monday, a police spokesperson said.

Separately, a reporter for Dutch national broadcaster NOS said a white sheet had been placed over a body near the tram where the shooting took place.

They added that several people were wounded in the shooting, with local media reporting counter-terrorism police at the scene.

Meanwhile, AFP reported that the gunman is on the run according to the police. Police only spoke of one gunman but did not rule out the possibility there might be others, the ANP news agency quoted police as saying.

“A shooting occurred on the 24 Oktoberplein in Utrecht… Multiple people have been injured. The surrounding area has been cordoned off and we are investigating the matter,” Utrecht police said on Twitter. “An possible terrorist motif is part of the investigation,” it added.

Prime Minister Mark Rutte said he was “deeply concerned” about the incident.

“It is a shooting incident in a tram. Several trauma helicopters have been deployed to provide help.”

Local media showed photographs of masked, armed police and emergency vehicles surrounding a tram that had stopped near a road bridge.

Tram traffic in the area was halted, operator Qbuzz was quoted as saying by the ANP news agency.

Pakistan said on Thursday it would suspend a rail service linking it to India, as relations with its neighbour continue to sour over the Kashmir region. We have decided to shut down Samjhauta Express, Pakistan’s Railways Minister Sheikh Rasheed told a news conference on Thursday, in reference to the train running to New Delhi from […]

Anglophone separatists have killed five members of the security forces and four civilians at the weekend in attacks in western Cameroon, local authorities and state television said Sunday. On Saturday, around 20 gunmen attacked a gendarmerie and a police station in Galim, in a predominantly French-speaking province, officials said. Two women gendarmes were killed, two […]