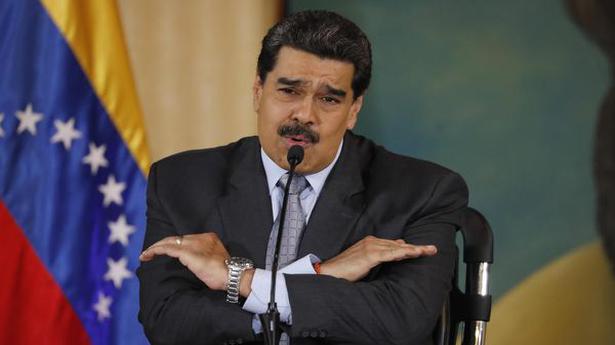 Venezuela was elected to the United Nations Human Rights Council on Thursday with 105 votes and a round of applause, despite fierce lobbying by the United States and rights groups, and the late entry of Costa Rica as competition.

In a secret ballot by the 193-member U.N. General Assembly, Costa Rica garnered 96 votes despite only entering the race this month, when President Carlos Alvarado declared “the Venezuelan regime is not the suitable candidate.”

Along with Brazil, the three countries were competing for two seats on the 47-member Human Rights Council starting January 1. Brazil was re-elected for a second three-year term with 153 votes. Members can only serve two consecutive terms.

“It’s simply unconscionable that massive human rights violators like the former Maduro regime in Venezuela are allowed to play a role on the (Human Rights Council). I won’t stand for it, and neither should the U.N.,” U.S. Ambassador to the United Nations Kelly Craft said on Twitter after the vote.

The United States has for months been trying to oust Venezuelan President Nicolas Maduro, who has overseen an economic collapse and is accused of corruption, human rights violations and rigging a 2018 presidential election. It is one of more than 50 countries that have recognised opposition leader Juan Guaido as Venezuela’s president.

Mr. Guaido invoked Venezuela’s constitution in January to assume an interim presidency of the OPEC nation.

On Thursday, he said Venezuela had won a “seat of blood” on the council, in reference to extra-judicial killings by security forces that have been documented by human rights groups.

He noted that Venezuela won the seat on the same day that opposition activist Edmundo Rada was found dead in a Caracas slum after being shot and set on fire, an incident Mr. Guaido blamed on police special forces unit FAES.

Venezuela’s information ministry did not reply to a request for comment on Rada’s death.

“We think it is historic given that we were up against a ferocious campaign,” Venezuelan Foreign Minister Jorge Arreaza said on state television.

Chief Prosecutor Tarek Saab said authorities were releasing 24 people who were arrested for their involvement in anti-government protests in 2014 and 2017, describing those releases as evidence of the country’s commitment to human rights.

The United States withdrew from the Geneva-based council in 2018 — half-way through a three-year term — over what it called chronic bias against Israel and a lack of reform.

The Human Rights Council, created by the General Assembly in 2006, is responsible for strengthening promotion and protection of human rights. It can mandate independent inquiries into specific situations.

The council agreed last month to set up an international fact-finding mission to document violations in Venezuela, including torture and thousands of summary executions.

As India is under lockdown for a week now, the government has said the 21-day period will not be extended. The country is seeing a spurt in the number of coronavirus cases, with Gujarat, Punjab, Telangana and West Bengal reporting deaths. COVID-19 has claimed more than 40 lives in India as of March 30, according […]

Britain moved a step closer to its Jan. 31 exit from the European Union when the legislation required to ratify its deal with Brussels passed its final stage in parliament on Wednesday. The bill will officially become law when it receives Royal Assent from Queen Elizabeth, something that could happen as soon as Thursday. Earlier […]

At least 17 people, including a three-months-old infant, were killed when a crowded bus skidded off the road and plunged into a river in central Nepal on Sunday. The incident happened when the bus enroute to Kathmandu from Dolakha district skidded off the highway and fell 100 metres down into the Sunkoshi river, police said. […]