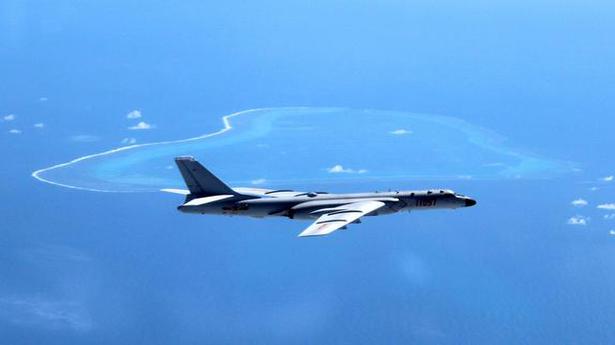 Vietnam has apprised India of its standoff with China in the South China Sea (SCS) where the two have overlapping claims, Vietnamese diplomatic sources said on Monday. The situation is of particular concern to India given the commercial interests of the Oil and Natural Gas Corporation (ONGC) in the region.

Diplomatic sources said since July 4, a Chinese seismic survey vessel Haiyang Dizhi 8, escorted by a number of Coast Guard and fishing vessels, has conducted marine seismic surveys and remained within the 200 nautical miles Exclusive Economic Zone (EEZ) claimed by Vietnam as per the 1982 United Nations Convention on the Law of the Seas (UNCLOS). China claims most of the SCS till the nine-dash line.

“We have briefed the Ministry of External Affairs (MEA) about the incident. We are waiting for an official statement,” a diplomatic source said on condition of anonymity. The incident occurred on July 4 but Vietnam has not made it public till China let it out last week as we wanted to settle the issue, the source said and following that, “We have been asked to seek countries which have interest in the region and seek their support.”

No word from Ministry

The source stressed on a response from India as it is a major player and also has direct interests as a major part of its cargo transits through the region. India is also a member of the global platforms, the source said adding that “It is the moment for Quad to play its part” in resolving the issue, referring to the Quadrilateral grouping India, Australia, Japan and the U.S.

Incidentally, the standoff area is about 100 nautical miles away from Oil Block No. 06/1 where joint ventures for regular oil and gas production among Petro Vietnam, Russia’s Rosneft and the ONGC have been in place for 17 years. Other Indian private companies are also looking for oil exploration.

Last week, Beijing called Hanoi to respect its claims to the region. Vietnam said it has made contact with China on multiple occasions via different channels, delivered diplomatic notes to oppose its violations and “staunchly demanded China to stop all unlawful activities and withdraw its ships from Vietnamese waters”.

This is the most serious incident between the two countries after the standoff in May 2014 when the China National Petroleum Corporation moved an oil platform into waters claimed by Vietnam.

In a strongly worded statement, the U.S. State Department called on China to “cease its bullying behaviour and refrain from engaging in this type of provocative and destabilising activities”.

Diplomatic sources said as per UNCLOS and the final award of the Permanent Court of Arbitration (PCA) in the Philippines vs. China case in 2016, features in the Spratly Islands do not generate 200 nautical miles of its maritime zones and also rejected China’s nine-dash line claim. It concluded that China has no legal basis to make claim over the area.

Australia is not getting involved with the United States in its pursuit of aims in relation to Iran, beyond a commitment to freedom of navigation in the region, Prime Minister Scott Morrison said after talks with U.S. President Donald Trump. “There was no discussion about anything else,” Mr. Morrison, who made a state visit to […]

Succumbing to pressure from the hardline clerics, the Pakistan government on Saturday allowed congregational prayers in mosques during the month of Ramazan, endangering the drive to curb the spread of coronavirus (COVID-19) that has killed more than 154,000 people worldwide.   President Arif Alvi made the announcement after a meeting with religious leaders and political […]

Sri Lanka’s newly-elected President Gotabhaya Rajapaksa was on Thursday absolved of all corruption charges linked to the embezzlement of nearly USD 185,000 by a high court which also lifted the overseas travel ban on him and released his impounded passport. Rajapaksa, 70, stormed to victory on Sunday in the presidential election, trouncing his nearest rival […]