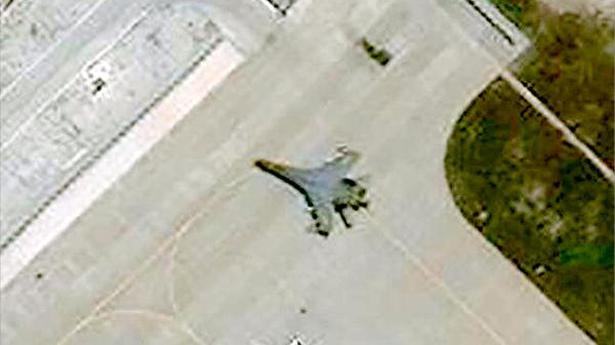 Vietnam has lodged an official protest with China following the sinking of a Vietnamese fishing vessel in the disputed South China Sea, Vietnam said late on Thursday.

Vietnam and China have for years long been embroiled in a dispute over the potentially energy-rich stretch of waters, called the East Sea by Vietnam.

The fishing vessel was moored near Da Loi island in the Paracel archipelago on March 6 when a China Maritime Surveillance Vessel chased it and fired water cannon at it, Vietnam’s foreign ministry said in a statement.

The boat sank after hitting rocks while it was being chased. All five fishermen on board were rescued by another Vietnamese fishing boat, the ministry said.

“The Chinese vessel committed an act that violated Vietnam’s sovereignty over the Hoang Sa archipelago, threatened the lives and damaged the properties and the legitimate interests of Vietnamese fishermen,” the ministry said in the statement, referring to the Paracel islands by their Vietnamese name.

Vietnam had lodged a protest with China’s embassy in Hanoi and demanded that China deal strictly with its Maritime Surveillance agency to prevent similar incidents and to compensate fairly the fishermen for their losses.

A Chinese foreign ministry spokesman in Beijing was cited by Chinese media as saying earlier that the fishing boat had sunk when the Chinese vessel approached, and that the Chinese crew had rescued the fishermen.

China claims 90 percent of the South China Sea, where it has steadily expanded military and other installations on artificial islands and reefs, unnerving the region and angering Washington.

In addition to Vietnam, the Philippines, Malaysia, Brunei and Taiwan also have claims to parts of the sea.

Top U.S. diplomats encouraged Ukraine newly-elected president to conduct an investigation linked to Joe Biden family in return for a potentially high-profile visit to Washington with President Donald Trump. That according to a cache of emails released late Thursday by House investigators following a 10-hour interview with one of the diplomats, Kurt Volker, who stepped […]

Indonesia’s Joko Widodo was on track to be re-elected leader of the world’s third-biggest democracy as unofficial results put him in a comfortable lead over firebrand ex-general Prabowo Subianto after voting closed on Wednesday across the 17,000-island archipelago. While official results are not due until next month, a series of so-called “quick counts” by pollsters […]

An enduring reminder of the communist era, the vast, concrete “Plattenbau” tower blocks that surround cities in eastern Germany are usually considered eyesores rather than works of art. Yet, a new urban culture project in the city of Halle, 170 km southwest of Berlin, hopes to promote social cohesion by transforming architectural sins into monumental […]