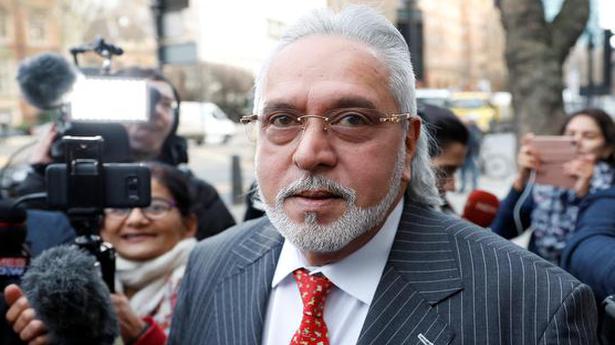 Liquor baron Vijay Mallya arrived at the Royal Courts of Justice in London on Tuesday for his appeal against being extradited to India to face fraud and money laundering charges amounting to ₹9,000 crores.

The 64-year-old former Kingfisher Airlines boss, who remains on bail since his arrest on an extradition warrant in April 2017, avoided the usual scrum of reporters at the court entrance and went in with his lawyers separately.

Mr. Mallya had received permission to appeal on one ground, which challenges the Indian government’s prima facie case against him of fraudulent intentions in acquiring bank loans for his now-defunct Kingfisher Airlines.

The hearing is scheduled for three days until Thursday, with a verdict unlikely right away but it would depend on how the hearing progresses.

Mr. Mallya remains on bail involving a bail bond worth £650,000 and other restrictions on his travel while he contests that ruling.

A long-hidden trove of unpublished works by Franz Kafka could soon be revealed following a decade-long battle over his literary estate that has drawn comparisons to some of his surreal tales. A district court in Zurich upheld Israeli verdicts in the case last week, ruling that several safe deposit boxes in the Swiss city could […]

The Netherlands-based court had in January issued an order for Myanmar to implement provisional measures for the protection of the Rohingya. Source: thehindu.com Related

As the two-day ultimatum he issued to Pakistan Prime Minister Imran Khan expired on Sunday night, Jamiat Ulema-e-Islam (JUI-F) leader Maulana Fazlur Rehman has said the protesters will continue the sit-in until their goals are met. “We have decided that we will not go to any tribunal or Election Commission or any court. The PTI’s […]