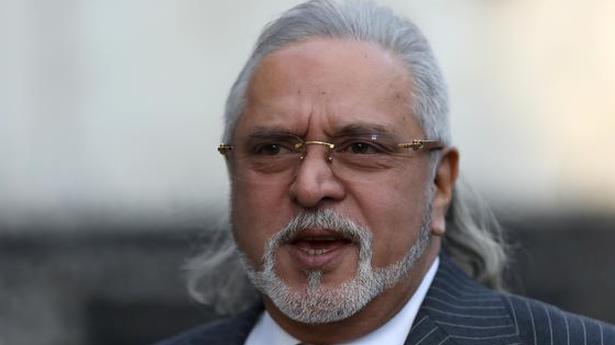 “On the ED’s request, a property of Mr. Mallya located at 32 Avenue FOCH in France has been seized by the French authorities. The property’s value is 1.6 million euros [about ₹14 crore],” said an agency official.

The action was taken after the agency found that a large amount had been remitted abroad from the bank account of Kingfisher Airlines Limited.

The ED’s money laundering probe is based on an FIR registered by the Central Bureau of Investigation against Kingfisher Airlines, Mr. Mallya and others on January 25, 2016. The agency has so far attached assets worth ₹11,231.70 crore in the case.

A charge sheet has been filed against Mr. Mallya, UBHL, Kingfisher Airlines, bank officials and others. He was declared a fugitive economic offender by a Special Court on January 5 last year.

The United Kingdom’s Supreme Court has allowed Mr. Mallya’s extradition to India. However, an executive decision in this regard is still pending with the Home Department there.

Jeffrey Epstein, the U.S. financier facing federal sex trafficking charges, was found dead on August 9 in his lower Manhattan jail cell, several U.S. media outlets reported on August 10. Epstein, who was arrested on July 6, had pleaded not guilty to charges of sex trafficking involving dozens of underage girls as young as 14, […]