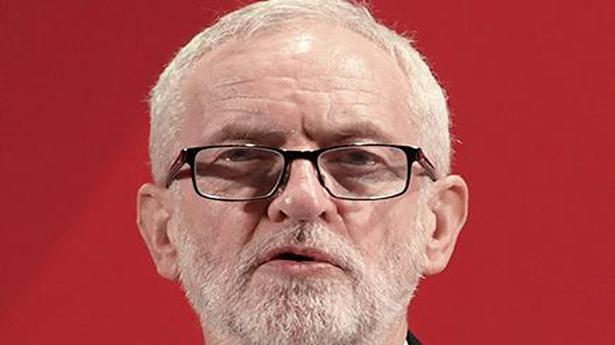 Almost 6,00,000 members of Britain’s main opposition Labour party began voting on Monday for a new leader to replace leftist Jeremy Corbyn in the wake of a devastating election defeat.

Three candidates — all members of Parliament — are on the ballot paper, with the final result due to be announced on April 4.

The third candidate, Lisa Nandy, is well-regarded in Westminster but has a low public profile.

Mr. Corbyn was elected Labour leader in 2015, after a political career spent on the sidelines of a party where few MPs share his staunch socialist views. Now 70, he drew an enthusiastic following among youth but was forced to step down after a second general election defeat in December.

Labour suffered its worst result since 1935 while Conservative Prime Minister Boris Johnson triumphed with his promise – since delivered – to get Britain out of the European Union.

There had been more candidates to succeed Mr. Corbyn but only three reached the required threshold of support from fellow MPs, trade unions and local Labour associations.

It is now up to the membership to decide. Postal and email ballots were sent out Monday.

There were more than 580,000 Labour party members after the election and more people are believed to have signed up since.

Israeli Prime Minister Benjamin Netanyahu on Wednesday encouraged his countrymen to adopt ‘Namaste’ — the Indian way of greeting — instead of the normal handshake as one of the measures to prevent the spread of the deadly coronavirus. At a press conference following a review meeting to fight the spread of coronavirus, Mr. Netanyahu said […]

The EU on Wednesday unveiled a wide-ranging list of U.S.-made goods, from beeswax to car parts, subject to tariffs in retaliation for subsidies to Boeing as a transatlantic trade war risked re-erupting. “European companies must be able to compete on fair and equal terms… We must continue to defend a level-playing field for our industry,” […]