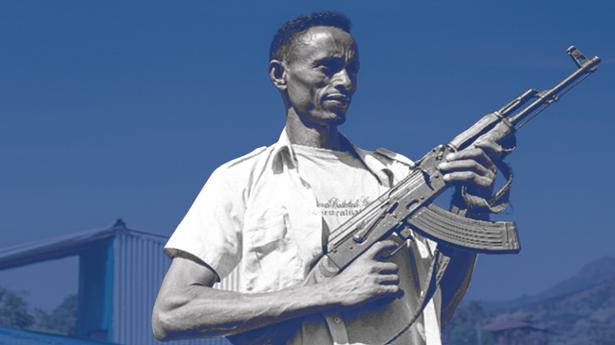 A video explainer on the political situation in Ethiopia

Pakistan on Wednesday(March 20) attacked India’s judiciary as it summoned the Indian High Commissioner to lodge a strong protest against the acquittal of all four accused, including Swami Aseemanand in the 2007 Samjhauta terror attacks that left 68 people, mostly Pakistanis, dead. A special court in Panchkula in Haryana acquitted Aseemanand and three others in […]

Embassies close in North Korea as diplomats evacuated over virus

Several embassies in North Korea closed on Monday as many diplomats were flown out following weeks of tight quarantine restrictions imposed by Pyongyang over the spread of the novel coronavirus. North Korea has not confirmed a single infection but has imposed strict rules, including closing its borders and putting thousands of its own people into […]

Watch: What are the protests in Lebanon all about?

Thousands of protesters gathered in Central Beirut and other cities of Lebanon in response to a proposed tax on calls via WhatsApp and other messaging services The government quickly dropped the plan but the protests changed into something bigger. The protests morphed into demands for a sweeping overhaul of the political system, with grievances ranging […]