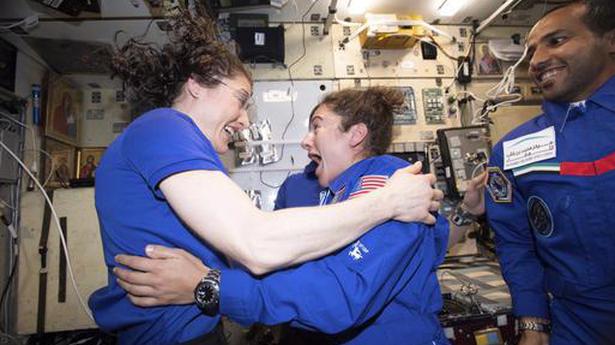 NASA announced on October 4 that the International Space Station’s two women astronauts will pair up for a spacewalk later this month. Christina Koch and Jessica Meir are set to venture out of the ISS on October 21 to plug in new, upgraded batteries for the solar power system. It will be the fourth of five spacewalks for battery work.

Koch and Meir are members of NASA’s Astronaut Class of 2013.

According to NASA, since the world’s first spacewalk in 1965, only 14 women have done it, compared to 213 men. There are 11 spacewalks coming up in the next few months out of which 10 will be U.S. walks and one will be a Russian walk.

Malaysia and Indonesia will challenge via the World Trade Organisation (WTO) a European Union law that will limit palm oil use in biofuels, a Malaysian minister said on Tuesday. “Malaysia and Indonesia are committed to challenge the Delegated Act through the WTO Dispute Settlement Body by end of this year,” said Teresa Kok, the Malaysia […]

President Trump says US being ‘very tough’ on Turkey

The United States of America is being “very tough” on Turkey and has imposed the strongest sanctions, President Donald Trump said, as a delegation headed by Vice President Mike Pence prepares to leave for Ankara on Wednesday to press the Turks to stop their military offensive in northern Syria. Also read: India slams Turkey for […]

U.S. President Donald Trump on Tuesday proposed creation of a Palestinian state with capital in eastern Jerusalem, dependent on Palestinians taking steps to become self-governing, as part of a peace plan to end decades of conflict in the region. Senior administration officials said that under Mr. Trump’s proposed West Asia peace plan, the U.S. will […]