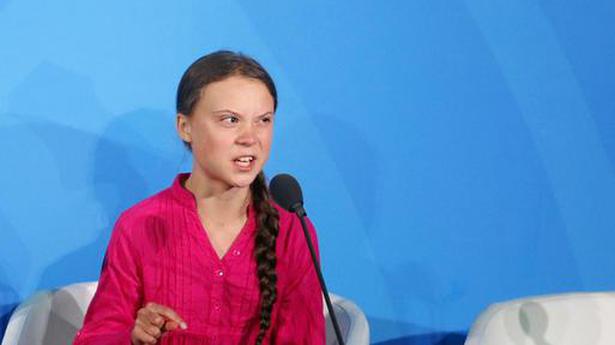 This was days after millions of young people around the world took to the streets to demand emergency action on climate change in what could possibly be the largest climate protest in history, the Global Climate Strike.

Thunberg’s speech was an angry condemnation of world leaders for failing to take strong measures to combat climate change — “How dare you,” she said.

Iran’s Supreme Leader said on Friday that demonstrations at home over its accidental downing of a Ukrainian airliner were unrepresentative of the Iranian people and accused the country’s enemies of exploiting it for propaganda purposes. Leading the main weekly Muslim prayers in Tehran for the first time since 2012, Ayatollah Ali Khamenei said the January […]

American President Donald Trump on Monday again offered to help with the “conflict” between India and Pakistan over Kashmir. “Well, India and Pakistan are having a conflict over Kashmir, as you know. I think it’s a little bit less heated right now than it was two weeks ago, and I’m willing to help them. I […]