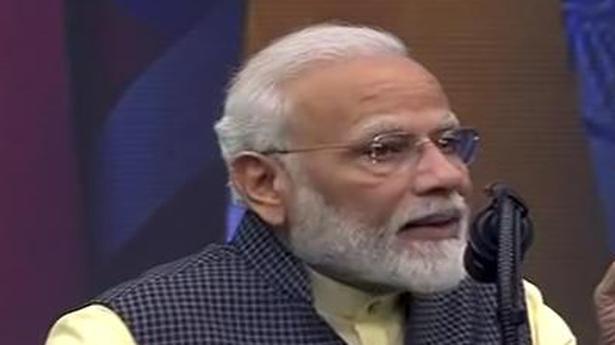 The event, that was attended by 50,000 Indian-Americans,was held at the NRG Football Stadium, which is one of the largest in the U.S..

It was attended by U.S. President Donald Trump and had PM Modi responding to ‘Howdy Modi’ with ‘Everything is fine’ in several Indian languages.

Scientists have caught a female python in the US state of Florida that was more than 17-feet-long, weighed 140 pounds and contained 73 developing eggs, the media reported. The snake is the largest python ever removed from Big Cypress National Preserve, a 729,000-acre expanse of swampland west of Miami in South Florida, CNN reported on […]

Man surrenders after firing many shots into air in Bangkok

Police took a man into custody Friday after he fired multiple gunshots into the air in central Bangkok, injuring no one less than a week after a soldier killed 29 people in shooting rampage in northeastern Thailand. The incident in the Thai capital was related to a personal conflict, Lt. Gen. Pakkapong Pongpetra, chief of […]

Tendulkar calls on fans to donate generously during Bushfire Bash

Indian batting legend Sachin Tendulkar, who will be coaching Ponting XI in Bushfire Cricket Bash, has urged fans to donate generously to support Australians affected by a “catastrophic” summer. Since September 2019, Australia has battled a bushfire crisis which has claimed at least 33 human lives and that of millions of animals. Tendulkar also revealed […]