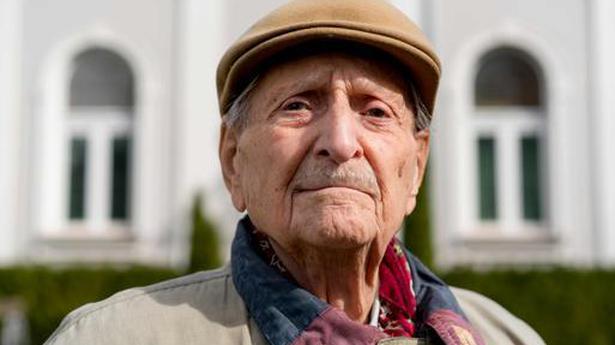 Marko Feingold, who survived Auschwitz, in Nazi-occupied Poland and several German concentration camps died at the age of 106 in the city of Salzburg on Thursday after a lung infection.

The Auschwitz concentration camp was a complex of over 40 concentration and extermination camps by Nazi Germany during World War II and the Holocaust.

Feingold was born on May 28, 1913 in what is now Slovakia and grew up in Vienna. He was arrested in Prague and deported to Auschwitz in 1940 at the age of 27. Feingold lost his father and siblings in the camps.

He had fled Austria when it was annexed by the Nazis in 1938 before being arrested in Prague in 1939. Feingold was freed from the Buchenwald concentration camp when it was liberated by American forces in May 1945.

He went on to give talks and teach in conferences on the dangers of anti-semitism and discrimination. “I must have spoken to around half a million people all in all,” he told AFP in 2018.

Police deployed tear gas in the Wong Tai Sin district, the scene of clashes with protesters over the weekend. At the legislative complex, other protesters spray-painted the words “dog officials” and pasted yellow banners on the gates opposing an extradition bill. They have painted “Revolution of our Times” on one side of the building’s exterior. […]

Ukraine’s Parliament on Thursday passed a law enforcing the use of the Ukrainian language in official settings, a move likely to rile Russian-speaking areas of the country and Moscow. Lawmakers approved the measure, which also increases the quota for Ukrainian-language television and radio programming, just days after Russian-speaking Volodymyr Zelensky was elected President. Officials at […]