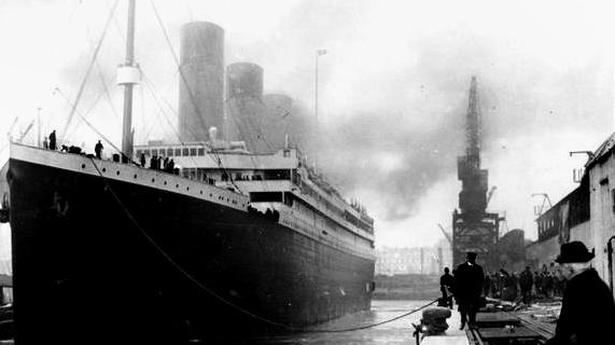 Some parts of the wreckage of the Titanic that sank over 100 years ago in the Atlantic Ocean is deteriorating rapidly, according to an international team of deep-sea explorers. Strong ocean currents, salt corrosion and metal-eating bacteria are attacking the ship, which sank in 1912 on its maiden voyage.

While parts of the wreck, which lies 3,800m down in the Atlantic, were in surprisingly good condition, other features had been lost to the sea, the team found over the course of five submersible dives, the BBC reported on August 21.

The worst decay was seen on the starboard side of the officers’ quarters. Titanic historian Parks Stephenson said some of what he saw during the dive was “shocking.”

“The captain’s bathtub is a favourite image among Titanic enthusiasts – and that’s now gone,” he said. “That whole deck house on that side is collapsing, taking with it the state rooms. And that deterioration is going to continue advancing.”

He said the sloping lounge roof of the bow section would probably be the next part to be lost, obscuring views of the ship’s interior.

“Titanic is returning to nature,” he added.

The Titanic has been underwater for more than 100 years, lying about 600km off the coast of Newfoundland, Canada. The passenger liner, which was the largest ship of its time, hit an iceberg on its maiden voyage from Southampton to New York in 1912. Of the 2,200 passengers and crew onboard, more than 1,500 died.

The Titanic expedition was carried out by the same team that recently made the deepest-ever plunge to the bottom of the Mariana Trench, which lies nearly 12 km down the Pacific Ocean. The dives have been filmed by Atlantic Productions for a forthcoming documentary, the report said.

As well as capturing footage, scientists on the expedition have also been studying the creatures living on the wreck. Despite the near-freezing conditions, pitch black waters and immense pressure, life is thriving there. This though, said expedition scientist Clare Fitzsimmons, from Newcastle University, was a factor in the Titanic’s decay. “There are microbes on the shipwreck that are eating away the iron of the wreck itself, creating ‘rusticle’ structures, which is a much weaker form of the metal,” she said. These rusticles — stalactites of rust hanging off the wreck — are so fragile that they can crumble into a cloud of dust if disturbed.

The scientists are studying how different types of metal erode in the deep Atlantic waters, to assess how much longer the Titanic has left, the report said.

Jessye Norman, the renowned international opera star whose passionate soprano voice won her four Grammy Awards and the National Medal of Arts, has died, according to family spokesperson Gwendolyn Quinn. She was 74. A statement released on September 30 said Norman died at 7-54 a.m. EDT from septic shock and multi-organ failure secondary to complications […]

196 legislators in the 225-member House are to be elected Source: thehindu.com Related

Hours before the UN Security Council is to take up a resolution on listing Jaish-e-Mohammed chief Masood Azhar as a global terrorist, China on Wednesday hinted that it may once again block the move, saying only “the solution that is acceptable to all sides” is conducive to resolve the issue. The fate of the proposal […]