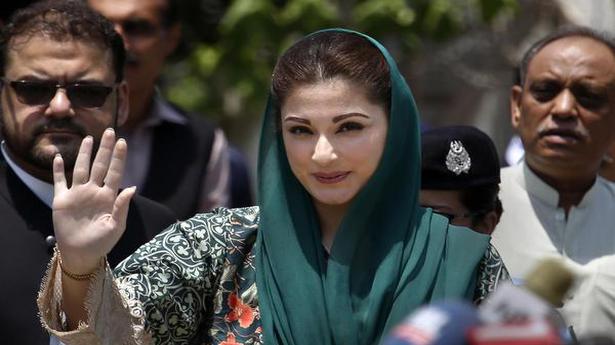 Maryam Nawaz, the eldest of the third generation of the Sharif dynasty in Pakistan, is credited with scripting the current political movement of the Pakistan Muslim League-Nawaz that is bringing the masses to the streets.

From Punjab to Khyber Pakhtunkhwa and Sindh, her public meetings are being attended by millions of people who are concerned about the deteriorating economic condition of the country.

Maryam has borrowed her political language from the ‘daughter of the east’ Benazir Bhutto‘s legacy and is using these expertly to shake the Imran Khan government.

Maryam was born on October 28, 1973, in Lahore where she completed her early education.

Following the 1999 military coup of General Pervez Musharraf, which toppled her father Nawaz Sharif’s government, she remained under house arrest for four months, before being sent to Saudi Arabia with her family.

Married at the age of 19, Maryam is already a grandmother.

She became active in politics in the early 2010s, after the fall of the military regime. In the 2013 general election, Maryam was in charge of Sharif’s election campaign. The Pakistan Muslim League-Nawaz or PML-N won 166 seats in the 342-member National Assembly and Sharif became the Prime Minister for the third time.

Within the family and the party, Maryam was backed by her father over her brothers to take over the leadership.

In 2018, Sharif had to resign after the Supreme Court disqualified him from holding public office after his name appeared in the Panama Papers.

Following Pakistan PM Imran Khan’s rise to power, the government turned against the opposition in the name of fighting corruption.

Maryam was suddenly in the forefront of the fight-back against the regime, which is backed by the military. The rallies that have propelled Maryam to the headlines are being carefully supported by her close party colleagues.

A key challenge for Maryam will be establishing links with the powerful military, which has not fully repaired ties with the Sharif family since Nawaz Sharif joined hands with Benazir Bhutto in 2006 to overthrow the Musharraf regime.

Now, Maryam is attacking the military from public platforms over its support for the Khan government. But ultimately, tackling the Generals would be the biggest test of Maryam’s political career.

Quebec Police say the man in his mid-20s was taken to a hospital and the motive appears to be personal. Source: thehindu.com Related