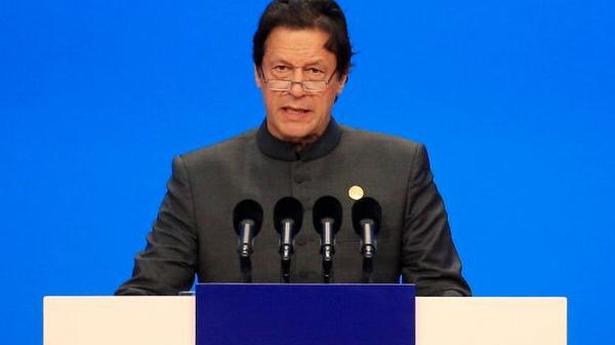 Pakistan Prime Minister Imran Khan said on Friday that his government would not allow Pakistan’s soil to be used for terrorist activities and that its focus is on economic development of the country.

“Insha’Allah, Pakistan’s government will not allow our soil to be used for terrorist activities anywhere in the world. This is a new Pakistan, a new time. We want investment in this country. Our Naya Pakistan will be prosperous, stable and peaceful. As a responsible country, and part of the international community, we will not allow any militant group to function here,” he said while addressing a rally in Chachro, Sindh.

“We sent the captured Indian pilot [Abhinandan Varthaman] back because we don’t want war. We sent this message [to India] time and again. We decided that we will help India in the Pulwama investigations. But no one should think this is due to any fear. This is because the ‘Naya Pakistan’ that we have envisioned is a place where we will eliminate poverty, our policies are for our own people,” said the Prime Minister.

He added that his government would implement the NAP “in letter and spirit”.

“When I became the prime minister and talked to [Narendra] Modi, I said that the subcontinent has the most poor people. We should resolve our issues through dialogue and have peace and trade so we can eliminate poverty. But I didn’t know Modi’s election campaign has some other motive — that of spreading hate.”

“Half the population here [Tharparkar district, Sindh] is from the Hindu community. What the present government in India is doing to its minorities will not be replicated here in Pakistan. I assure you my government stands with our Hindu brethren and there will be no discrimination against minorities in this country. We will protect our minorities,” he said.

Italy battered by rain, Venice braces for another ‘tough day’

Several Italian cities were on high alert on Sunday after heavy rain overnight, including Venice where residents and tourists were braced for another exceptional high tide. The city, which suffered its worst flooding in 50 years on Tuesday, will face a high tide at around 160 cm (5.25 feet) at 12.00 GMT, the city’s centre […]

Osang is in talks with U.S. distributors to source its test kits to different states, said the executive, Lee Sung-ho, but he declined to elaborate. Source: thehindu.com Related