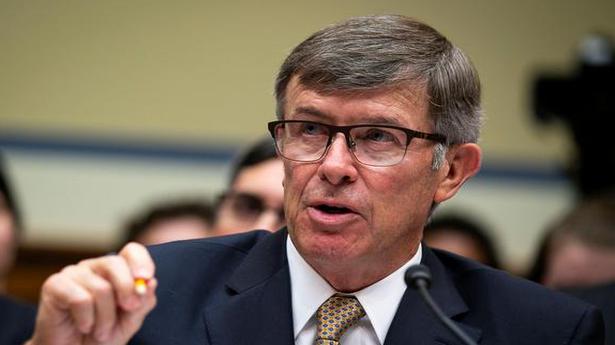 The White House and the Justice Department learned about a CIA officer’s concerns about President Donald Trump around the same time the individual filed a whistleblower complaint that is now at the center of an impeachment inquiry, according to a U.S. official and another person familiar with the matter.

During that time, the inspector general’s complaint, which centered on Mr. Trump’s dealings with Ukraine, remained private. But information about the whistleblower was already making its way through the administration – on Aug. 14, White House counsel John Eisenberg and a CIA official alerted the head of DOJ’s national security division about the original complaint to the CIA.

John Demers, who leads the national security division, went to the White House the next day to review materials associated with the call. He then alerted people within the Justice Department, but it was unclear specifically who he told.

In the following weeks, Mr. Demers had discussions with other Justice Department officials about how to handle the CIA complaint, according to the person familiar with the matter. It was during that period that the Justice Department also received a notification from the intelligence community’s inspector general about a whistleblower complaint.

The timeline raises questions about how the White House and the Justice Department handled the complaint. The administration initially blocked Congress from viewing the complaint, citing presidential privilege, and only released a redacted version of the report to lawmakers this week after the impeachment inquiry had begun.

The House intelligence committee released the complaint on September 26. The nine-page letter details a July 25 phone call in which Mr. Trump presses Ukraine’s leader to help investigate baseless corruption accusations against Democratic rival Joe Biden. The complaint also alleges that the White House sought to “lock down” details of the call by moving it onto a secure, classified computer system.

The U.S. official and the two people familiar with the matter spoke to AP on the condition of anonymity because they were not authorized to speak publicly.

The whistleblower’s attorney, Mark Zaid, said publishing details about the individual places the person in a dangerous situation, personally and professionally. The CIA referred questions to the inspector general.

At least 10 times over the past six years, authorities from Lebanon’s customs, military, security agencies and judiciary raised alarm that a massive stockpile of explosive chemicals was being kept with almost no safeguard at the port in the heart of Beirut. Source: thehindu.com Related

India on Sunday reported more than 100 new cases of COVID-19, bringing the overall positive cases to 1024. Reports from State health authorities put the death toll from COVID-19 at 29, with 1,121 positive cases. The Hindu has brought out a multi-language e-book on essential COVID-19 information, in addition to covering the developments related to the coronavirus pandemic as […]

Coronavirus: Trump quietly shuts down asylum at US borders to fight virus

A U.S. Border Patrol agent wouldn’t let Jackeline Reyes explain why she and her 15-year-old daughter needed asylum, pointing to the coronavirus. That confrontation in Texas came just days after the Trump administration quietly shut down the nation’s asylum system for the first time in decades in the name of public health. “The agent told […]