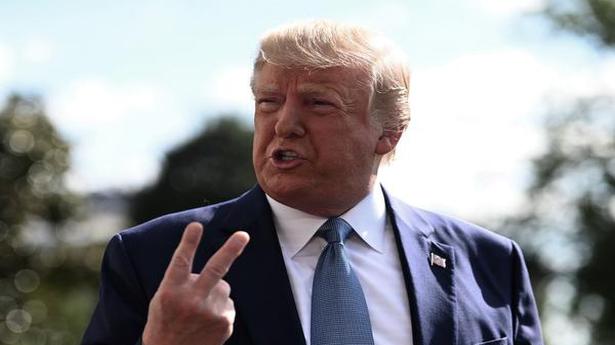 The White House said on Tuesday it would refuse to cooperate with a “baseless, unconstitutional” congressional impeachment inquiry, setting Republican President Donald Trump on a collision course with the Democratic-led U.S. House of Representatives.

“Your unprecedented actions have left the President with no choice,” lawyer Pat Cipollone said in a letter to Democratic House leaders. “In order to fulfill his duties to the American people, the Constitution, the Executive Branch and all future occupants of the Office of the Presidency, President Trump and his administration cannot participate in your partisan and unconstitutional inquiry under these circumstances.”

The letter came shortly after the Trump administration on Tuesday abruptly blocked a key witness in the Ukraine scandal from appearing before a congressional impeachment inquiry.

The U.S. State Department said the U.S. ambassador to the European Union, Gordon Sondland, a Trump political donor, would not be allowed to appear, even though he had already flown from Europe to do so. Mr. Trump decried the Democratic-led inquiry into whether he abused his office in the pursuit of personal political gain as a “kangaroo court.”

Democratic lawmakers denounced the move, calling it an attempt to obstruct their inquiry and said they would subpoena Mr. Sondland, to compel him to submit to questions. The State Department did not respond to requests for comment on why Mr. Sondland had been blocked from speaking to lawmakers just hours before his scheduled appearance.

The move was the White House’s most aggressive response yet to the inquiry, which has cast a pall over Mr. Trump’s campaign to win back the White House in 2020. A whistleblower complaint about a July 25 phone call in which Mr. Trump pressed his Ukrainian counterpart, Volodymyr Zelenskiy, to investigate his political rival, former Vice President Joe Biden, prompted the inquiry.

The investigation could lead to the approval of articles of impeachment – or formal charges – against Mr. Trump in the House of Representatives. A trial on whether to remove him from office would then be held in the U.S. Senate. Republicans who control the Senate have shown little appetite for ousting Mr. Trump.

Japan searches for Hagibis survivors as toll rises to 56

Tens of thousands of rescuers worked into the night on Monday to find survivors of a powerful typhoon in Japan that killed at least 56 people, as fresh rain threatened to hamper their efforts. Typhoon Hagibis crashed into the country on Saturday night, unleashing high winds and torrential rain across 36 of the country’s 47 […]