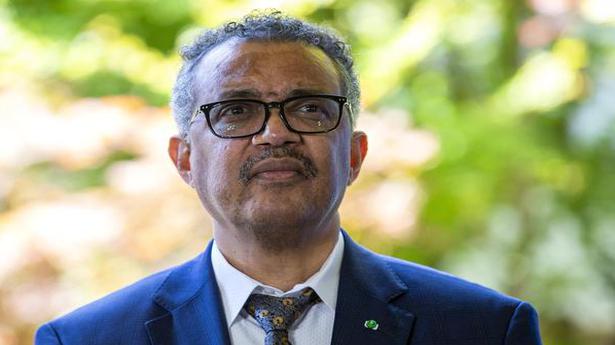 The World Health Organization (WHO) insisted on Monday it would do everything possible to find the animal origins of Covid-19, insisting that knowledge was vital to preventing future outbreaks.

He insisted the UN health agency was intent on getting to the bottom of the mystery, and urged critics who have accused it of handing the reins of the probe to China to stop “politicising” the issue.

“WHO’s position is very, very clear. We need to know the origin of this virus, because it can help us prevent future outbreaks,” Mr. Tedros said.

The United States, which with more than 262,000 deaths is the country hardest hit by the pandemic, has been harshly critical of the WHO’s handling of the crisis and has accused it of kowtowing to China and of dragging its feet on investigating how the outbreak first started.

Other critics have also voiced concern that the agency may have allowed China to dictate the terms of an international investigation into the origins of the virus, which first surfaced in the Chinese city of Wuhan late last year.

Since then, more than 1.46 million people have died and nearly 63 million have been infected worldwide.

The WHO has for months been working to send a team of international experts, including epidemiologists and animal health specialists, to China to help probe the animal origin of the novel coronavirus pandemic and how the virus first crossed over to humans.

The organisation sent an advance team to Beijing in July to lay the groundwork for the international probe.

But it has remained unclear when the larger team of scientists would be able to travel to China to begin epidemiological studies to try to identify the first human cases and their source of infection.

Last week, the WHO’s emergencies chief Michael Ryan said the agency was hoping to send the international team to Wuhan “as soon as possible”.

Mr. Tedros meanwhile rejected on Monday criticism over lacking transparency on the probe, stressing that the names of the experts on the team and the terms of reference had been made public.

“There is nothing to hide. We want to know the origin. I don’t want to have any confusion on that.”

Scientists initially believed the killer virus jumped from animals to humans at a market selling exotic animals for meat in the city of Wuhan, where the virus was first detected late last year.

But experts now think the market may not have been the origin of the outbreak, but rather a place where it was amplified.

It is widely assumed that the virus originally came from bats, but the intermediate animal host that transmitted it between bats and humans remains unknown.

Pakistan’s former prime minister Nawaz Sharif’s son-in-law Capt (retd.) Mohammad Safdar has been arrested for allegedly passing comments against the army chief and the judges of the apex court. The Lahore Police, in a statement, said Safdar was arrested late Monday night near the Ravi Toll plaza. Police said he was wanted in a case […]

Iran’s army begins drill near the strategic Strait of Hormuz

The Iranian navy handles all operations in the Gulf of Oman. Source: thehindu.com Related

US to designate Iran Revolutionary Guard a terrorist group

In an unprecedented step to ramp up pressure on Tehran, the Trump administration is planning to designate Iran’s Revolutionary Guard a “foreign terrorist organization.” The move is expected to further isolate Iran and could have widespread implications for U.S. personnel and policy in the Middle East and elsewhere. The Trump administration has escalated rhetoric against […]