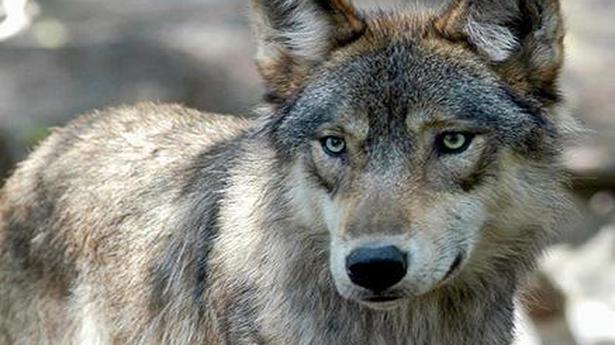 If you’re looking for a word to describe your adorable pet pup, “selfish” might not top the list.

But a study published in the journal PLOS ONE suggests a dog’s reputation for being caring is all a ruse — at least from the viewpoint of a fellow canine.

A series of touchscreen experiments carried out by the Wolf Science Center in Vienna, Austria, found that wolves make for more selfless pack mates than dogs who were also raised in groups.

The study’s authors say the findings suggest domestic dogs inherited their cooperative tendencies from their fierce wolf ancestors, rather than through their contact with human beings, a competing hypothesis.

Researchers trained the animals to use their snouts to press a “giving” symbol on a screen that delivered food to an adjacent enclosure, where a fellow animal may or may not be present.

Over multiple trials, wolves opted to deliver food to members of their own pack, knowing they would not get anything in return — but lost interest if they were shown an unfamiliar wolf.

Dogs, on the other hand, showed no particular inclination to feed other dogs when no personal payoff was involved, regardless of whether they knew them or not. “This study shows that domestication did not necessarily make dogs more pro-social,” said lead author Rachel Dale.

“Rather, it seems that tolerance and generosity towards group members help to produce high levels of cooperation, as seen in wolves.”

But don’t write off your pooch just yet. The authors cautioned against applying the results of an experiment carried out on pack dogs to pet dogs, who have been found to have pro-social tendencies in past studies.

The researchers believe those behaviours could be the result of training or encouragement, and say more research is needed to determine what accounts for the differences.

Thousands of residents in Frankfurt were free to return to their homes on Sunday after authorities reported that an unexploded Second World War bomb found close to the European Central Bank headquarters has been defused. “We did it! The World War II bomb in the Ostend neighbourhood has been defused by the ordnance disposal team. […]

Ukraine’s new President Volodymyr Zelensky used his inaugural speech on Monday to call snap parliamentary polls after shooting to power in a country wracked by a separatist conflict and severe economic problems. The 41-year-old comedian was sworn in as Ukraine’s youngest post-Soviet President a month after scoring a landslide victory over Petro Poroshenko with a […]

The British government has indicated that it could press ahead with plans for a vote on Prime Minister Theresa May’s controversial withdrawal agreement next week, despite a warning from the Speaker of the House of Commons, John Bercow, that only a significantly different agreement could be put to the House again. The statement by Mr. […]