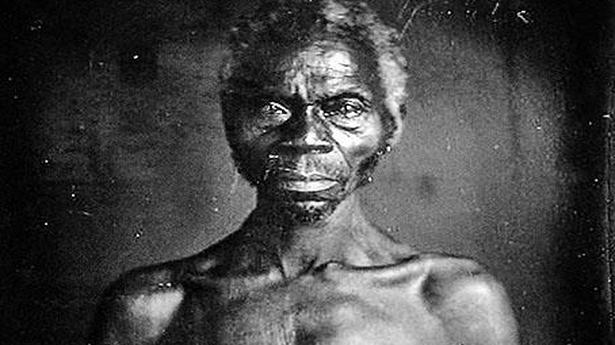 A U.S. woman who says she is descended from slaves who were photographed in 1850 by a racist Harvard University professor sued the university last week over the “exploitation” of the images of her ancestors.

Tamara Lanier filed suit in the northeastern state of Massachusetts over the photographs taken in South Carolina of a slave and his daughter, known only by their first names: Renty — the patriarch of her family — and Delia.

The images, thought to be the earliest known photographs of American slaves, are currently in a museum at the university near Boston.

They were commissioned by Swiss-American Harvard scientist Louis Agassiz, a white supremacist theorist who also worked on glaciers.

Renty and Delia were forced to pose naked, “without consent, dignity or compensation” as the professor sought to “prove’ black people’s inherent biological inferiority,” Ms. Lanier, of Connecticut, said in the suit.

While several U.S. universities have recognised in recent years their ties to slavery, Ms. Lanier accuses Harvard of having “never reckoned with that grotesque chapter in its history, let alone atoned for it.”

She also accused the university of working to “sanitise the history of the images and exploit them for prestige and profit,” and denounced the use of Renty’s image on a cover of a $40 anthropology book it published in 2017.

In rejecting Ms. Lanier’s claim of lineage and her attempt to recover the photographs, the suit claims Harvard is “perpetuating the systematic subversion of black property rights” and “capitalising on the intentional damage done to black Americans’ genealogy” through policies such as forced family separation, the erasure of slaves’ family names, withholding records and criminalizing literacy.

The United States is working to convince China to allow the listing of Jaish-e-Mohammad (JeM) Chief Masood Azhar by the UNSC 1267 Committee, a senior administration official, who did not want to be named, said, speaking exclusively to The Hindu. “We are working hard to convince China. It is not in China’s interest to shield […]

Most students who committed deadly school attacks over the past decade were badly bullied, had a history of disciplinary trouble and their behaviour concerned others but was never reported, according to a U.S. Secret Service study. In at least four cases, attackers wanted to emulate other school shootings, including those at Columbine High School in […]