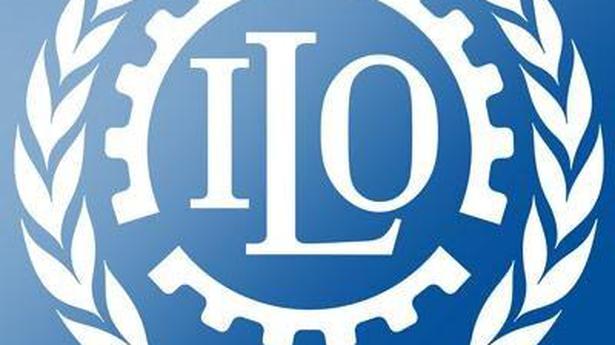 Women and lower-paid workers have disproportionately borne the brunt of the decrease in wages due to the COVID-19 crisis as their working hours were reduced, according to the International Labour Organisation’s (ILO) Global Wage Report 2020-2021.

The report, released on Wednesday, said global wage growth fluctuated between 1.6% and 2.2% in the four years preceding the pandemic, that is 2016 to 2019.

“In the first half of 2020, as a result of the COVID-19 crisis, a downward pressure on the level or growth rate of average wages was observed in two thirds of the countries for which recent data are available; in other countries average wages increased, largely artificially as a reflection of the substantial job losses among lower-paid workers,” the report said.

Also read | Global labour income estimated to have declined by $3.5 trillion in first 3 quarters of 2020: ILO

The ILO report said the impact of the crisis had been different for women and men. The report estimated that women workers in a selection of European countries would have faced an 8.1% reduction in wages between the first and second quarters of 2020, as opposed to 5.4% for men without payment of wage subsidies.

“Such a discrepancy was mainly caused by reduced working hours, more than by the difference in the number of lay-offs. The wage bill lost as a result of the drop in working hours was 6.9 per cent for women compared to 4.7 per cent for men,” the report stated.

Lower-paid workers have also been disproportionately hit by the crisis, leading to an increase in inequality, it said.

Also read | Nearly half of global workforce at risk of losing livelihoods due to COVID: ILO

“Studies have shown that in many countries, reductions in hours worked have impacted lower-skilled occupations – in particular those in elementary work – more than higher-paying managerial and professional jobs,” the report said.

The lowest-paid 50% of workers would have lost 17.3% of wages without wage subsidies, in comparison to 6.5% of all workers in selected European countries, it said.

The U.S. is to cut its contribution to NATO’s operating budget, officials said on Thursday, with Germany increasing payments as the alliance tries to appease President Donald Trump ahead of a summit next week. Mr. Trump has repeatedly criticised European members for freeloading on the U.S., singling out Germany — the continent’s economic powerhouse — […]

The Games were originally scheduled for this summer, but were put off for a year in March by IOC and the Japanese government. Source: thehindu.com Related

Solomon Islands to pursue ban on Facebook after govt. criticism on platform: media

If the ban goes ahead, the Solomons would join only a handful of countries around the world, including China, to actively restrict the world’s biggest social networking platform. The Solomon Islands is planning to ban the use of Facebook for an indeterminate period after inflammatory critique of the government was aired on the social media […]