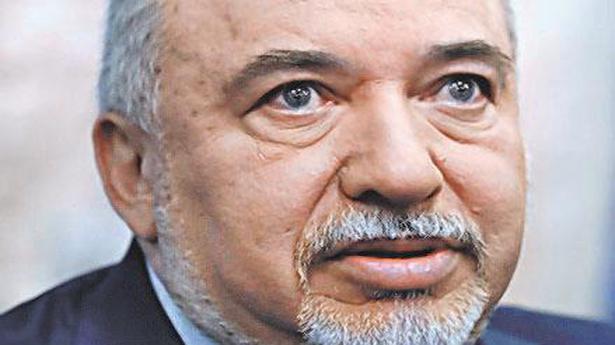 Mr. Lieberman, who could potentially play a kingmaker role, spoke to journalists as President Reuven Rivlin began consulting political parties on who they will back for Prime Minister.

A delegation from Mr. Lieberman’s secular nationalist Yisrael Beitenu party was due to meet Mr. Rivlin later on Sunday.

Mr. Lieberman has insisted on a unity government between his party, Mr. Netanyahu’s right-wing Likud and Gantz’s centrist Blue and White.

He said he could not for now back Mr. Netanyahu because he is willing to form a coalition with Israel’s ultra-Orthodox Jewish parties, which he accuses of seeking to impose religious law on the secular population.

Mr. Lieberman also said he could not back Mr. Gantz for now because he may reach a deal with either the ultra-Orthodox or Israel’s Arab parties, which he called “enemies.”

Mr. Rivlin is not required to choose the politician who receives the most recommendations but the one he believes has the best chance of forming a government.

There has been speculation that he could alternatively meet with Mr. Netanyahu and Mr. Gantz and ask them to explore options for forming a unity government.

Faced with disappointing results, Mr. Netanyahu had acknowledged he was unable to form the right-wing coalition that he last week hoped for.

The United States made preparations for a military strike against Iran in retaliation for the downing of a U.S. surveillance drone, but the operation was abruptly called off with just hours to go, a U.S. official said. The official, who was not authorized to discuss the operation publicly and spoke on condition of anonymity, said […]

The move comes after China’s Financial Stability and Development Committee, a cabinet-level body headed by Vice Premier Liu He, last month flagged the need to improve mechanisms to ensure fair competition and called for the strengthening of anti-monopoly law enforcement. (Subscribe to our Today’s Cache newsletter for a quick snapshot of top 5 tech stories. […]

It seeks to rebut claims the facility was source of pandemic Source: thehindu.com Related