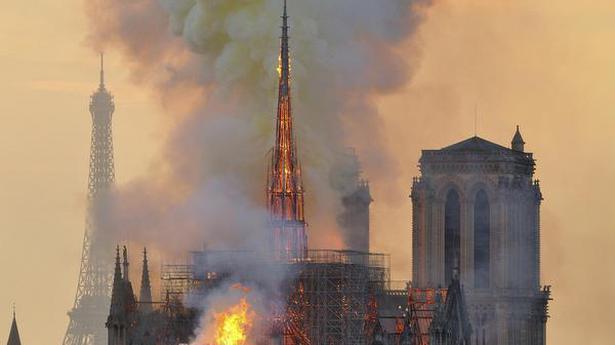 Workers renovating the Notre Dame cathedral flouted a ban on smoking at the monument, a contractor admitted on Wednesday, while denying any link with last week’s devastating blaze that ripped through the cathedral.

“There were colleagues who from time to time broke the rules and we regret it,” a spokesman for scaffolding company Le Bras Freres told AFP, before adding: “but in no way could a cigarette butt be the cause of the fire at Notre-Dame”.

Spokesman Marc Eskenazi said some workers “had admitted in front of the police that they did smoke from time to time,” confirming a report in the satirical newspaper Le Canard Enchaine.

He dismissed the idea of a cigarette starting the fire, saying “anyone who has ever tried to light a fire at home knows that it is not by putting a cigarette butt on an oak log that anything happens.”

Notre-Dame’s now mostly-destroyed roof was made of wood, and included some of the original beams erected in the 12th century.

French investigators are now trying to find the origin of the fire at one of Europe’s most visited monuments.

Hong Kong police on Saturday said an armed suspect fired a live round at officers as they tried to arrest him in an operation linked to the months of pro-democracy protests engulfing the city. Police said a 19-year-old man pulled a semi-automatic pistol from his waistband as officers approached him in Tai Po district on […]