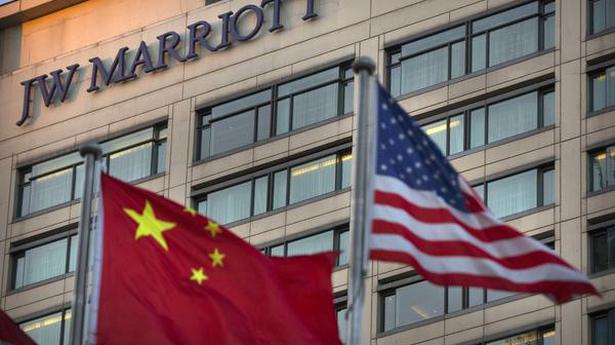 The United States is working to convince China to allow the listing of Jaish-e-Mohammad (JeM) Chief Masood Azhar by the UNSC 1267 Committee, a senior administration official, who did not want to be named, said, speaking exclusively to The Hindu.

“We are working hard to convince China. It is not in China’s interest to shield terrorist groups operating in Pakistan, and as a responsible global power, China should take a clear stand against terrorism. So we expect China to join in designating Masood Azhar as a terrorist,” the official said.

The official said that the U.S. felt India’s frustration and that Pakistan has been isolated over the February 14 Pulwama attack and its aftermath. The U.S. was looking for permanent action by Pakistan to end its support for terror.

Pakistan had, last week reportedly detained more than 120 individuals connected to terror groups, taken over madrasas and seized assets of terror groups including those of Jamat-ud-Dawa (JuD) — a sister organisation of militant outfit Lakshar-e-Taiba (LeT) and its charity arm, Falah –e-Insaniyat Foundation (FIF) both organisations of Hafiz Saeed, a U.N. designated terrorists, wanted by India in connection with the 2008 Mumbai attack. Nevertheless, Saeed and Azhar have both been detained by Pakistan before and subsequently released.

“We are not going to be satisfied with half-measures or temporary steps like we’ve seen in the past. I do think Pakistan has to consider the reaction of the international community, the senior administration official said in Washington. “There has been a lot of solidarity with India and a lot of frustration with the fact that that Pakistan has still not cracked down on these groups. Pakistan has been pretty isolated over this situation,” the official said.

The U.S. and other world powers have been quick to step forward to help de-escalate the situation between the two nuclear powers.

“Whenever there are crises like these between India and Pakistan, there is a great deal of concern because these are nuclear states. So there is the instinct to de-escalate the situation. But there is also less patience with Pakistan’s support for these groups and more of a sense of sharing India’s frustration over these groups’ ability to operate freely inside Pakistan,” the official said, characterising the U.S. reaction to the India-Pakistan situation.

Days after pledging to designate Pakistan-based Jaish-e-Mohammed chief Masood Azhar, as a global terrorist at the UN, Paris has sanctioned him and frozen his assets in France. A statement from the Government of France cited the attack at Pulwama on February 14, which claimed lives of more than 40 CRPF personnel, saying that Masood’s organisation, […]