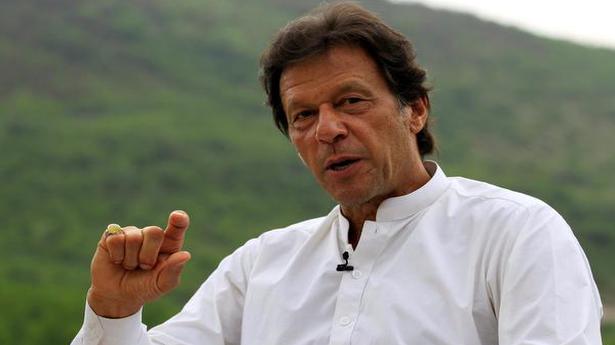 In a major embarrassment for the Imran Khan government, his Interior Minister Brigadier (Retd) Ijaz Ahmed Shah has admitted that Pakistan has failed to garner support from the international community on the Kashmir issue, saying despite Islamabad’s efforts the world “rather believes India“.

In an interview with Hum News channel on Thursday, Brig. Retd. Shah said Pakistan’s ruling elite had destroyed the nation.

“We say that they [India] has clamped curfew, that there is no medicine, but people [world] don’t believe us, and rather believe India,” he said in response to a question on the situation in Kashmir.

Shah’s remarks came after Prime Minister Khan claimed that 58 countries had supported Pakistan over its stand on the Kashmir issue.

Mr. Khan in his August 26 address to the nation said he will raise the Kashmir issue at every international forum, including at the UN General Assembly.

Tensions between India and Pakistan spiked after India abrogated provisions of Article 370 of the Constitution and ended the special status of Jammu and Kashmir on August 5, evoking strong reactions from Pakistan.

India has categorically told the international community that the scrapping of Article 370 was an internal matter and also advised Pakistan to accept the reality.

Brig. Ret. Shah also said Pakistan had spent millions on proscribed groups like Jamat ud Dawah (JuD) and should bring them into the mainstream.

“We have spent millions of rupees on JuD. We need to demotivate the members of the proscribed organisation and bring them into the mainstream,” he said.

Brig. Ret. Shah, who is considered as a powerful minister and is both close to Prime Minister Khan and the establishment, said the action has already started against such groups.

Mumbai terror attack mastermind and chief of the banned JuD Hafiz Saeed is facing cases in the courts as part of the government’s decision to “control all jihadis” under the National Action Plan, he said.

A passenger jet made an emergency landing in a field outside of one of Moscow’s airports on Thursday after colliding with a flock of birds, injuring at least 23 people, Russian officials said. The Ural Airlines A321 carrying 226 passengers and a crew of seven hit the birds as it took off Thursday from Moscow’s […]

U.S. President Donald Trump has said that he intends to designate Brazil as a “major non-NATO ally”, a move aimed to cement America’s ties with the Latin American country where China has made deep strides in recent years. The move by Mr. Trump gains significance as Brazil is a key member of the powerful five-nation […]