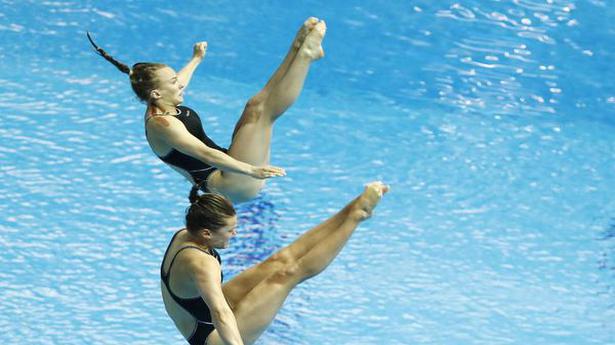 Competing at their first world event, Zhang and Lu dominated the event from the onset, winning with 345.24 points.

“It was the first worlds for both of us, we were very nervous indeed. We encouraged each other before and after each dive. That helped us a lot,” the 15-year-old Zhang said.

“We had two big mistakes in the easy dives this morning, so we took time to check out the problems through watching video. We improved in the final and we won the championship.”

(With input from agencies)

A Moscow court jailed Russian opposition leader Alexei Navalny for 10 days on Monday after finding him guilty of breaking the law when he took part in a street demonstration last month. The Kremlin critic was among more than 500 protesters detained by police while rallying in Moscow to call for the punishment of police […]

US officials in hazmat suits boarded a cruise liner on Sunday to fly home Americans quarantined for two weeks off Japan, while China said measures such as locking down megacity Wuhan had at last slowed the pace of new coronavirus cases. After being held on board the Diamond Princess since Feb. 3, American passengers were […]

Embassies close in North Korea as diplomats evacuated over virus

Several embassies in North Korea closed on Monday as many diplomats were flown out following weeks of tight quarantine restrictions imposed by Pyongyang over the spread of the novel coronavirus. North Korea has not confirmed a single infection but has imposed strict rules, including closing its borders and putting thousands of its own people into […]