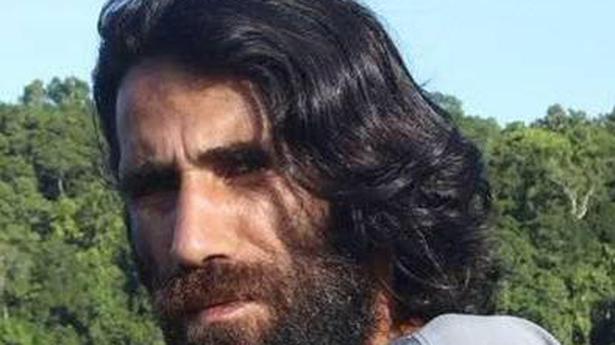 Writer and refugee Behrouz Boochani left the Australian-run offshore Pacific detention camp where he has been held for six years, arriving in New Zealand late on Thursday to speak at a literary festival.

“I just arrived in New Zealand. So exciting to get freedom after more than six years….Thank you to all the friends who made this happen,” he said on Twitter, shortly after landing in Auckland.

Human rights watchdog Amnesty International said in a statement it was sponsoring his month-long visitor visa and called on the Australian government to release the hundreds of people remaining in offshore detention.

Boochani, a Kurdish Iranian, has been held on Papua New Guinea’s Manus Island since being plucked from a refugee boat on its way to Australia in 2013.

He told Australian Broadcasting Corp he had been accepted to be resettled by the United States as part of a refugee swap agreed between the Australian and U.S. governments, and would look into whether he could fly there from New Zealand.

He told Radio New Zealand he would look at applying to New Zealand for asylum if his attempt to reach the United States failed.

New Zealand’s immigration minister and Australia’s Department of Home Affairs did not immediately respond to requests for comment.

Boochani arrived in New Zealand’s South Island city of Christchurch on Friday morning, receiving a welcome and given a greenstone necklace at the airport by Ngai Tahu, the local Mori iwi, or tribe.

Boochani has been a prominent critic of the treatment of people under Australias hardline immigration policy.

He described his journey and the conditions in detention in his book, No Friends but the Mountains, written on his phone and sent via Whatsapp to a publisher in Australia. The book won one of Australia’s top literary prizes this year.

Asylum seekers intercepted at sea are sent for “processing” in PNG and on the South Pacific island of Nauru, where many have languished for years. They are permanently barred from settling in Australia.

New Zealand has a longstanding offer to take 150 asylum seekers from Australia’s offshore camps, but the Australian government has not taken up the request.

Protesters will march through Paris to pressure the French government to take stronger steps to prevent deadly domestic violence, a problem that President Emmanuel Macron has called “France’s shame.” France has among the highest rates in Europe of domestic violence, in part because of poor police responses to reports of abuse. Activists say 130 women […]