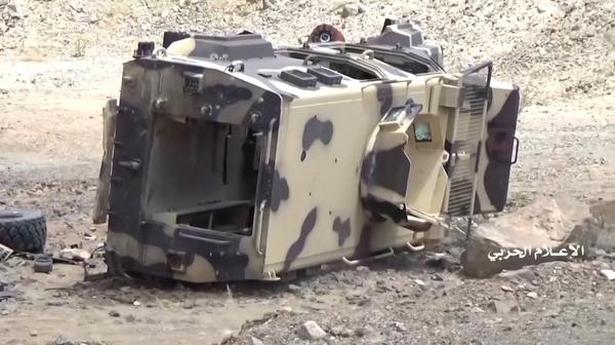 Yemen’s rebels on September 29 claimed they launched a major attack on the border of Saudi Arabia, releasing video purporting to show captive Saudi soldiers and equipment.

The images of the attack released by the rebels, known as Houthis, show armored vehicles with stenciled Saudi markings, arms and ammunition the rebels claim they seized.

It shows what appear to be corpses and wounded in Saudi military uniforms. Several troops identified themselves as Saudis.

The kingdom did not immediately acknowledge the attack. A Saudi-led coalition has been battling the Houthis on behalf of an internationally recognized Yemeni government since 2015.

In the past, the Houthis have claimed that they occupied Saudi villages after cross-border attacks, but often they enter a village, raise a banner, then pull out.

They have also held Saudi soldiers and officers captive in the past, using them as bargaining chips. Usually, they force the soldier to show his ID and speak on camera as proof. This time they did not show IDs.

Yahia Sarie, a spokesman for Houthi forces, claimed in a news conference on Sunday the rebels took captive more than 2,000 troops, without offering evidence.

Yemeni military officials said Sunday the soldiers the Houthis claimed they captured were fighters recruited informally by the Saudi-led coalition to fight inside Saudi Arabian borders. The officials spoke on condition of anonymity because they were not authorized to brief media.

“We have a tremendous Indian population in the United States and many of the people that you are talking about are working on the vaccine too. Great scientists and researchers,” Mr. Trump told reporters in the Rose Garden of the White House on Friday. Source: thehindu.com Related

Russia to roll out COVID-19 drug next week

Avifavir to be given from June 11 Source: thehindu.com Related