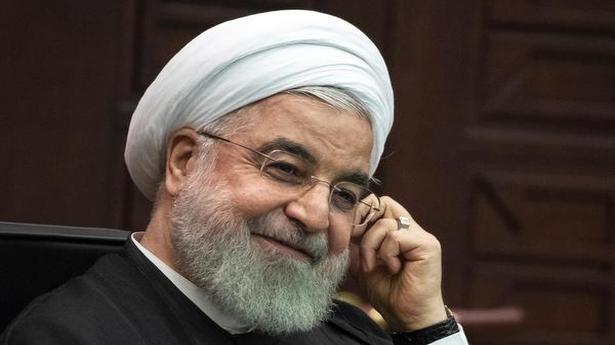 There is no chance that the presidents of the United States and Iran will meet during the United Nations General Assembly this week, an Iranian official told Reuters on September 25.

“Zero,” said the official on condition of anonymity as Iran’s President Hassan Rouhani prepared to give a speech at the annual gathering of world leaders in New York amid heightened tension between the longtime enemies.

The confrontation between Tehran and Washington has ratcheted up since last year, when U.S. President Donald Trump withdrew from Iran’s 2015 nuclear deal with major powers and reimposed sanctions that have crippled its economy.

In his own speech to the U.N. on September 24, Mr. Trump accused Iranian leaders of “bloodlust” and called on other nations to join the United States in applying pressure on Iran after September 14 attacks on Saudi oil facilities that Washington blames on Tehran despite its denials.

However, Mr. Trump also said there was a path to peace.

Mr. Rouhani, the nuclear pact’s architect, has left the door open to diplomacy, saying that if sanctions were lifted, Washington could join nuclear talks between Tehran and other powers.

As he arrived for a meeting of the remaining parties to the 2015 Iran nuclear deal, under which Iran agreed to limit its nuclear program in return for sanctions relief, Iranian Foreign Minister Mohammad Javad Zarif accented the positive.

“Diplomacy is the only way to resolve issues … this meeting gives us an opportunity to review where we are,” Mr. Zarif said.

British, Chinese, French, German, Iranian and Russian officials were in the meeting.

However, the Iranian official who spoke on condition of anonymity was categorical in playing down the idea of Mr. Trump and Mr. Rouhani meeting in New York and in calling for the United States to return to the nuclear deal, formally called the Joint Comprehensive Plan of Action (JCPOA).

“The chances of a meeting are zero. They know what to do. They should return to the JCPOA, lift sanctions and end this unfair maximum pressure on Iran. Then of course they can join the talks under the deal,” the Iranian official told Reuters.

Despite French President Emmanuel Macron’s efforts to bring about talks between the two countries, Mr. Trump on September 24 said he would intensify sanctions on Iran as part of his “maximum pressure” policy to force Tehran to negotiate a broader deal.

Mr. Trump wants a deal that further curbs Iran’s nuclear programme, restricts its ballistic missile work and ends its support for proxy forces in the Middle East. Tehran has ruled out negotiating any new agreement.

In reaction to tightened U.S. sanctions on its vital oil exports since exiting the deal, Iran has gradually reduced its commitments under the agreement and has threatened to block the Strait of Hormuz in the Gulf, through which an estimated one-fifth of the worlds oil passes.

Watch | The Hindu Explains: Why is the Strait of Hormuz important?

At the General Assembly, Mr. Rouhani is expected to call for a “coalition for hope” in the Gulf that “will secure freedom of navigation, flow of energy and the regional stability in the Persian Gulf,” a senior Iranian official told Reuters.

The shadow of war has lengthened after the air strike on the heartland of Saudi Arabias oil industry, which included damage to the worlds biggest petroleum-processing facility, knocking out more than 5% of global oil supply.

The United States, the European Union and Saudi Arabia have blamed the attack on Iran, instead of the Yemeni Iran-aligned Houthi group that claimed responsibility. Iran distanced itself from the attacks, but said it was ready for “full-fledged” war.

The confrontation could tip the balance of power in Iran in favour of hard-liners looking to constrain Mr. Rouhani’s ability to open up to the West, particularly because Supreme Leader Ayatollah Ali Khamenei’s aversion to Washington remains a formidable barrier to any diplomatic solution.

At least two rockets hit near US embassy in Baghdad: witnesses

Two rockets hit near the U.S. embassy in Iraq’s capital Sunday, witnesses told AFP, hours after the ambassador was summoned over a US strike that killed top Iraqi and Iranian commanders. Sunday’s attack was the second night in a row that the Green Zone was hit and the 14th time over the last two months […]

U.S. Presidential Elections | Joe Biden ahead, but no clear winner yet

The world’s largest Muslim-majority nation, with more than 240 million people, has reported nearly 22,000 infections and 1,350 fatalities, the most in Southeast Asia. Source: thehindu.com Related